In the Middle Ages, although women had a life expectancy of less than thirty-five or thirty-eight years, many reached and surpassed the age of sixty, seventy, or even eighty years. The high female mortality rate was due to poor hygiene, a diet low in iron, the shortcomings of medical science and pharmacopoeia, as well as, for married women, the consequences of pregnancy and childbirth. The late Middle Ages saw a remarkable turnaround, and treatises spread practical advice and medical and dietary suggestions. The longest-lived women, however, were the nuns and queens who lived in an environment that ensured greater protection from violence and a rich and balanced diet. Old women now were either respected (mothers, grandmothers, nurses) for their wisdom and experience, or despised when they refused to accept the faults of time and tried to hide them with baubles and rouge, or when they induced the youth to adopt lascivious and unscrupulous attitudes (pandering and procuring), or engaged in magical practices (herbariae and strigae). Good or bad, wise or dissolute, the old women left their mark on society and on the mentality of the Middle Ages. 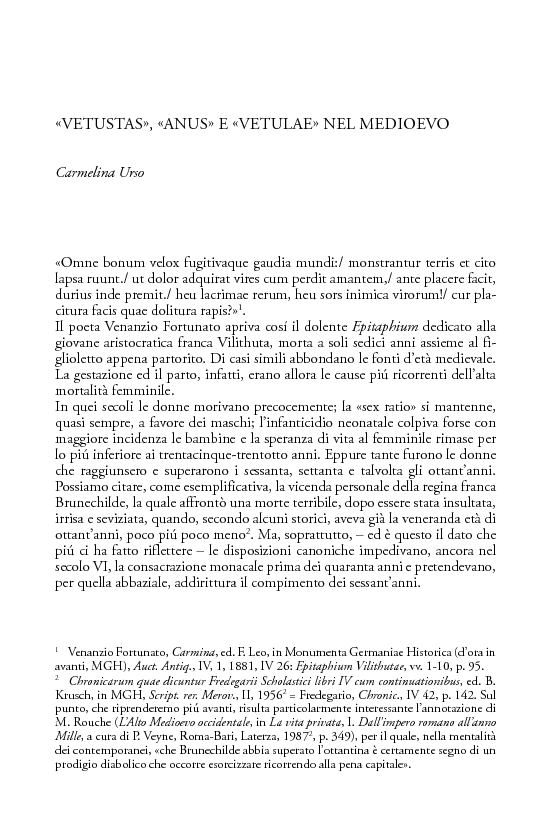