The purpose here is to demonstrate how the proprietary conception of political power that emerged with the dissolution of the Carolingian Empire's organization in «officia» highlights some elements common to all Italian territory. These include seigneurial justice over the various types of rural dependents, a certain way of graduating jurisdictions in accordance with the hierarchy of the territories, and more. Many of these elements were to survive the introduction of the feudal system, and were indeed veiled from it. Therefore, in the southern Kingdom of Frederick II, feudal justice (to which the Emperor showed a strong aversion) often included seigneurial justice, resulting in some confusion to modern scholars, in the approach both to the leges of the Liber Constitutionum and to the surviving documents. Only with the early Angevin age were the two typologies of jurisdiction to be unified into juridical and constitutional theories of great relevance, due also to their expression of concrete institutional practises, marking a net difference from the Swabian age. 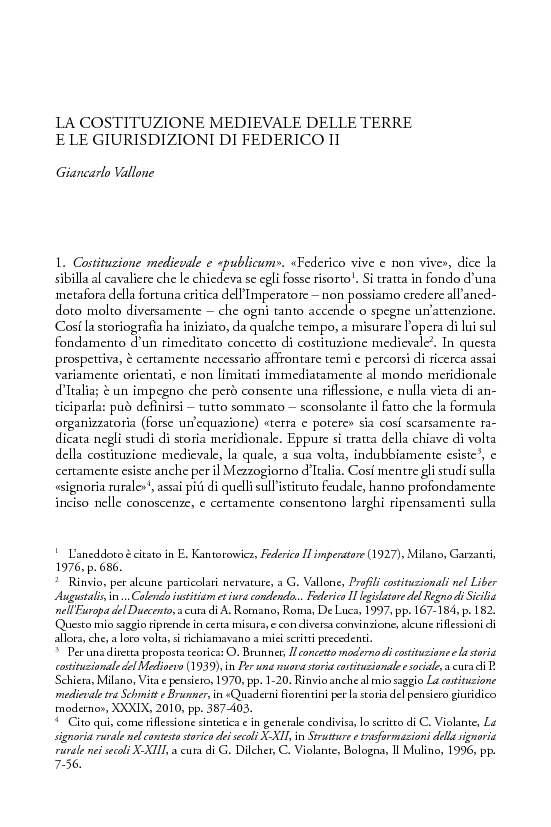