The essay presents the outcomes of a comparative study of the public welfare systems in six small Tuscan towns (terre or “quasi cittàµ) in the 13th and 14th centuries (Prato, Montepulciano, Montalcino, San Gimignano, San Miniato, Poggibonsi). While all distinguished by the absence of an episcopal see, these towns were characterised by political, economic and demographic dimensions comparable to those of many civitates (towns with an episcopal see and a stronger tradition of urban rule). The lack of episcopal power allowed the communal governments to build a more centralized welfare system, based on a small set of civic hospitals closely controlled by public authorities. In some cases, control of the hospitals became a strong symbol of civic identity, as shown by the communes’ conflicts against major towns or their episcopal sees to preserve it. The final part of the essay attempts to establish to what extent this Tuscan model can be extended to other areas of Central and Northern Italy 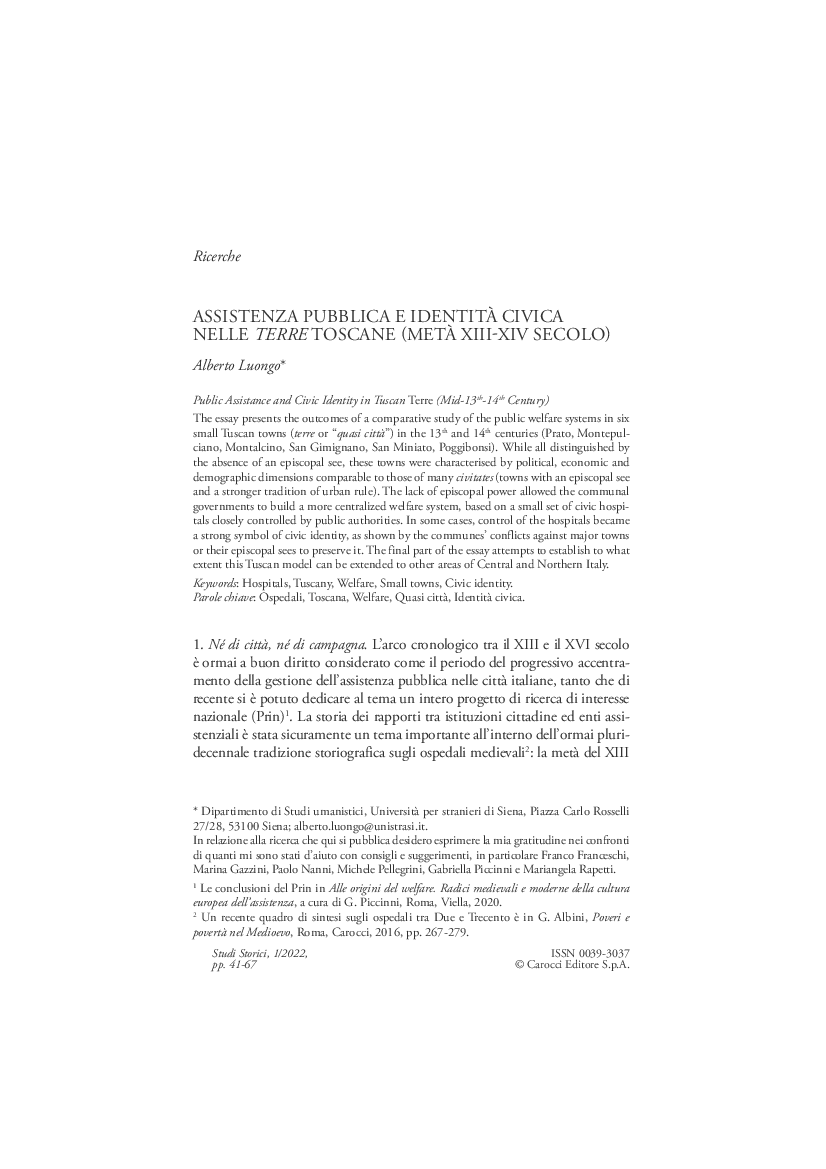