After the heated debate which, at the end of the last century, followed the publication of M. Finley’s The Ancient Economy (1973), the studies of the last twenty years on the economy and economic history of Ancient Greece – as well as those on the Roman economy – most- ly used the new institutional economics as a theoretical and methodological framework. This approach would be sufficiently flexible – due to the importance it attributes to the “structureµ (that is institutions) in defining the operation of the economy – to allow the opposition between formalists and substantivists to be overcome. In actuality, it ended up favoring the “performanceµ side, insisting on an alleged great, almost unequalled, economic growth of Archaic and Classical Greece (sometimes defined as a new “Greek miracleµ). The article aims, on the one hand, to make a critical assessment of this latter strand of scholar- ship, and, on the other, to investigate its cultural and ideological assumptions and to point out, alongside the merits, the limits of the new modernism into which it eventually merged. 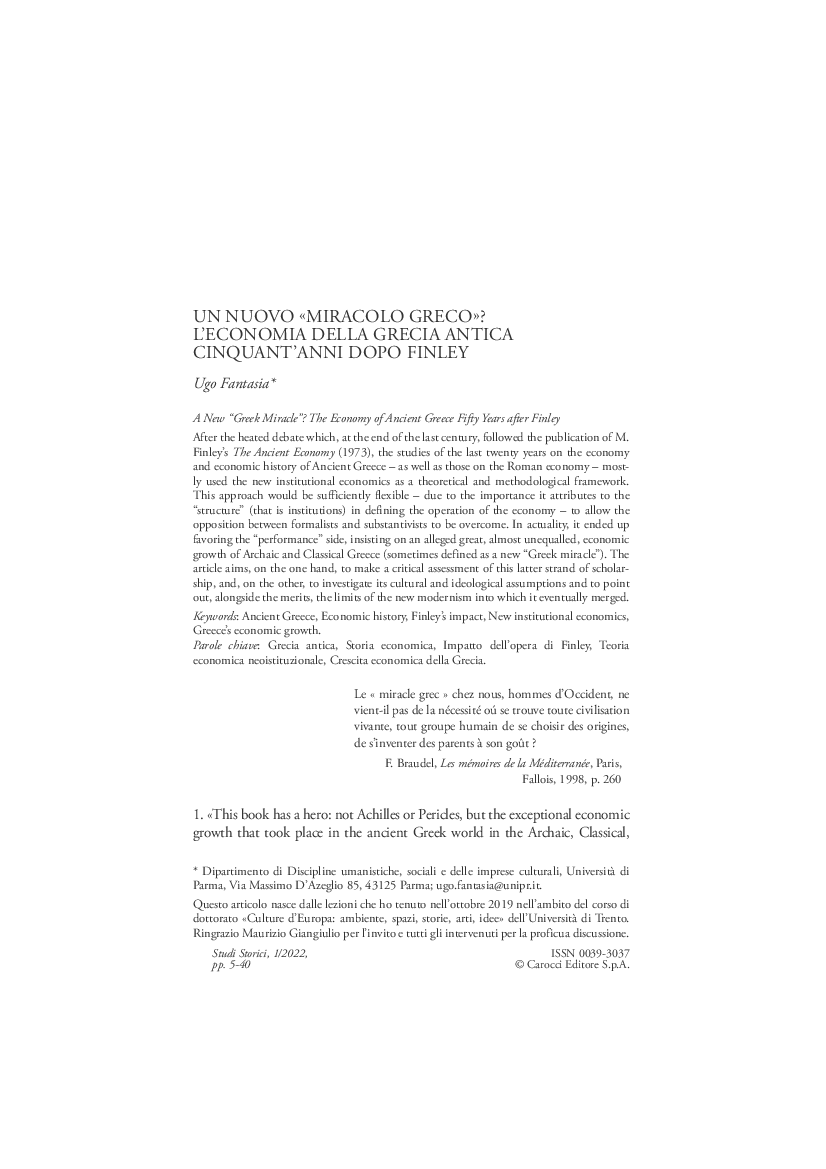