Arrived in the papal capital in 1756, John Thorpe since 1767 acted as intermediary in Rome for Henry Arundell in the commissions of paintings and furnishings intended to be sent to the new Wardour residence in Wiltshire designed by James Paine. In his numerous letters, sent from the papal capital over more than twenty years, he promptly informs Henry Arundell of the events occurring in the city. The result is a rather lively fresco of the dynamics that inhabit the cosmopolitan Urbe in those decades: the arrivals and departures of British artists and patrons, the impact of important public commissions, the system of functioning of the main Roman ateliers. An overall reading of the correspondence, however, also allows to highlight a precise instrumental will entrusted to the letters sent from Rome by the Jesuit father. In fact, he aims to give back to Lord Arundell and also to the 'posterity' a particular angle of the gaze on the city of the time and above all of the role played by the Anglo- Saxon Catholic community in that of Anglican: an aspect that invests, even Thorpe's point of view on the community of English artists living in Rome. Readings in this perspective of particular interest also reveal the references and interactions that the correspondence of Thorpe allows with other letters, in particular with the letters of artists living in Rome (Giacomo Quarenghi, James Forrester etc.). It is thanks to these references that one can question not only the above mentioned communication strategies put in place by the intermediary in his observatory of the cosmopolitan Rome of the second half of the eighteenth century, but also, more broadly, on the network of relationships that Rome allows, on the relationships between artists and art-market and, finally, on the multiple lines that link the artist's correspondence with that of the 'public' of the arts in Europe. 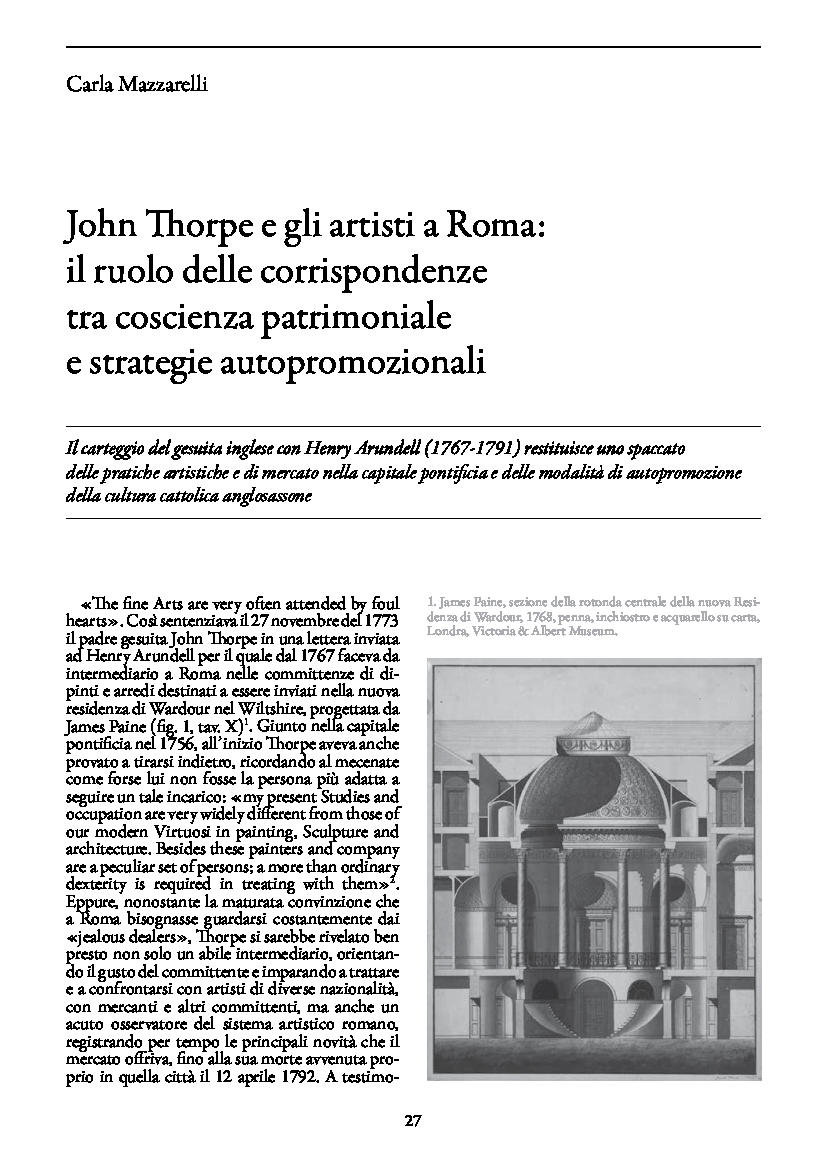