In the 1934, two years after the inauguration of Via dell'Impero , there has been the demolition of the block containing the Torre dei Conti(last medieval memory survived in the Imperial Fora place), and Antonio Muñoz's project for an external settlement finally started up. The side of the tower most affected by restoration work was the west front, the one that had suffered the main structural disorders with the passage of time. This side presented a prospect of regular and aligned windows, towards Via dell'Impero, signs of the tower's late residential usage. Although a deep historical and constructive knowledge of the object, whose the archaeologist Colini was maybe guarantor as well, Muñoz projected a new façade realized in a generic medieval style, but far from both an ancient and a modern image, as shown by many representations. So the street of Mussolini received a totally re-invented tower, fitting well with the esthetic of Via dell'Impero and meant to become almost a paradigmatic model of medieval tower, to the detriment of any historical and philological reason. 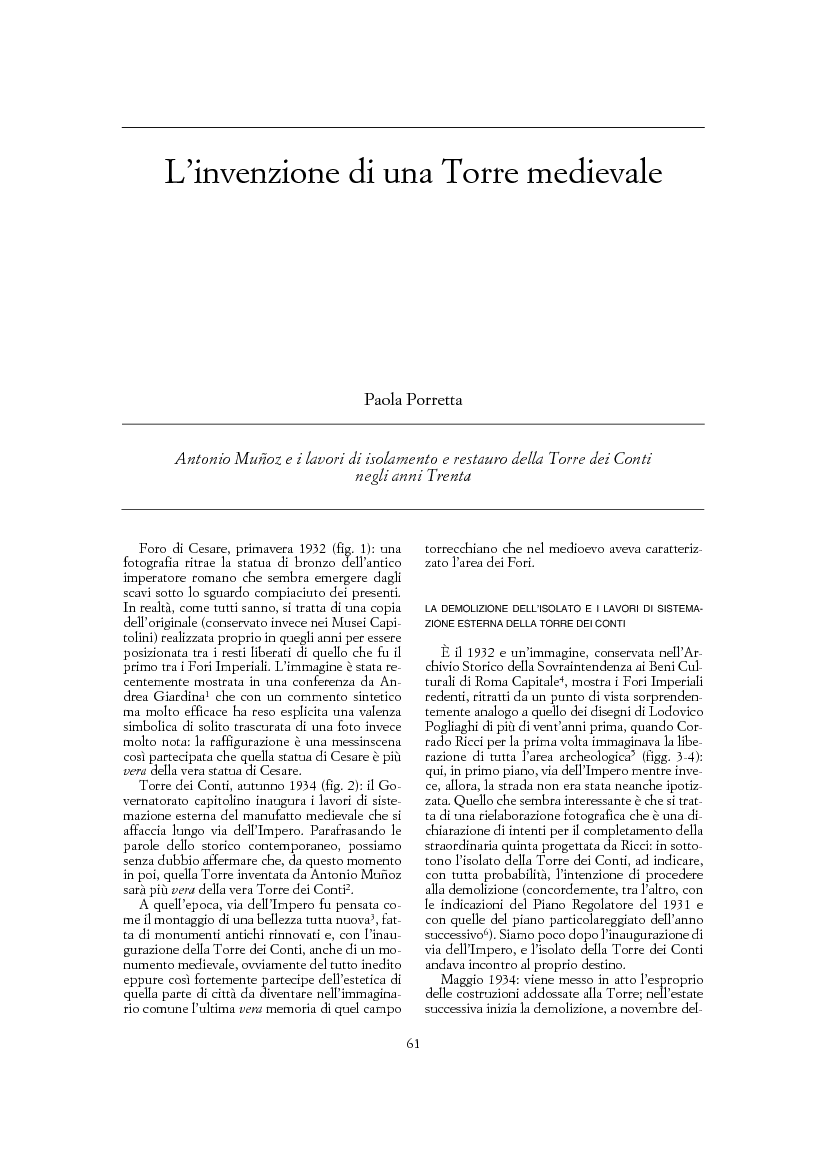