This study, confronting new documents, highlights Lamberto Vitali’s involvement in the design and then construction of the Pinocchio Park in Collodi, giving great prominence to the innovating commitment of architect Marco Zanuso. The whole design history is then reread in the context of a progressive strengthening of the connections between the Tuscan environment and the advanced Milanese context, clearly indicating the connections of Rolando Anzilotti and Lamberto Vitali with the contemporary reality of European and American theme parks. Between the gestation and construction of Pinocchio’s Park (1951-1972), experimental hypotheses for the use of innovative materials and automation systems, have given way to increasingly vernacular requests, due to the local administration and the role played by the different Tuscan personalities who have alternated in the various phases of expansion of the complex. The same architect Marco Zanuso, in an interview in 2000, invited us to go beyond the final result of this park, broadening the vision, to grasp a surprising wealth of ideas at its base «on the level of imagination and participation». 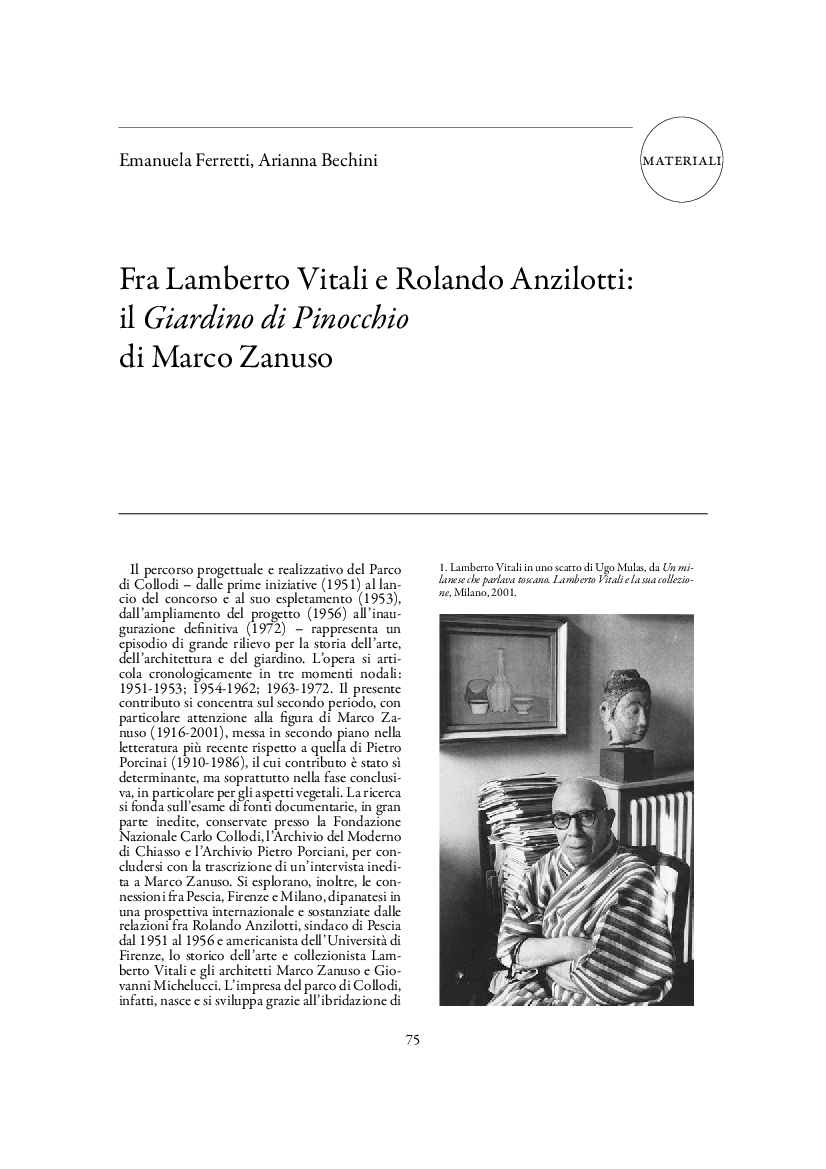