This article discusses a corpus of travelogues filmed by Pathé Frères in the Netherlands btween 1909 and 1914. Accordinf to the catalogue description, these films mainly present views of rural areas, concentrating on the region around the Zuiderzee, in particular the village of Volendam and the island of Marken, both very important places for tourism at that time. The catalogue descriptions continuously refer to the picturesque qualities of the views and highlight the emblematic aspects of the country: windmills, canals, cheese, local costumes and folkloristic dances. Almost all of the films avoid showing the modern side of the Netherlands, and, except Rotterdam and Alkmaar, no cities are shown. Holland thus appears as a "timescape," a place situated not only geographically, but also idealistically in an indefinite past. Two surviving prints reveal interesting formal features such as editing patterns and close framings that are extremely rare in fictional films from the same period. Each one follows a different logic: while Comment se fait le fromage de Hollande depicts the different stages of the cheese production process, Coiffures et types de Hollande functions like an album of moving photographs, showing women's heads and their traditional attire. Both however clearly privilege the picturesque. 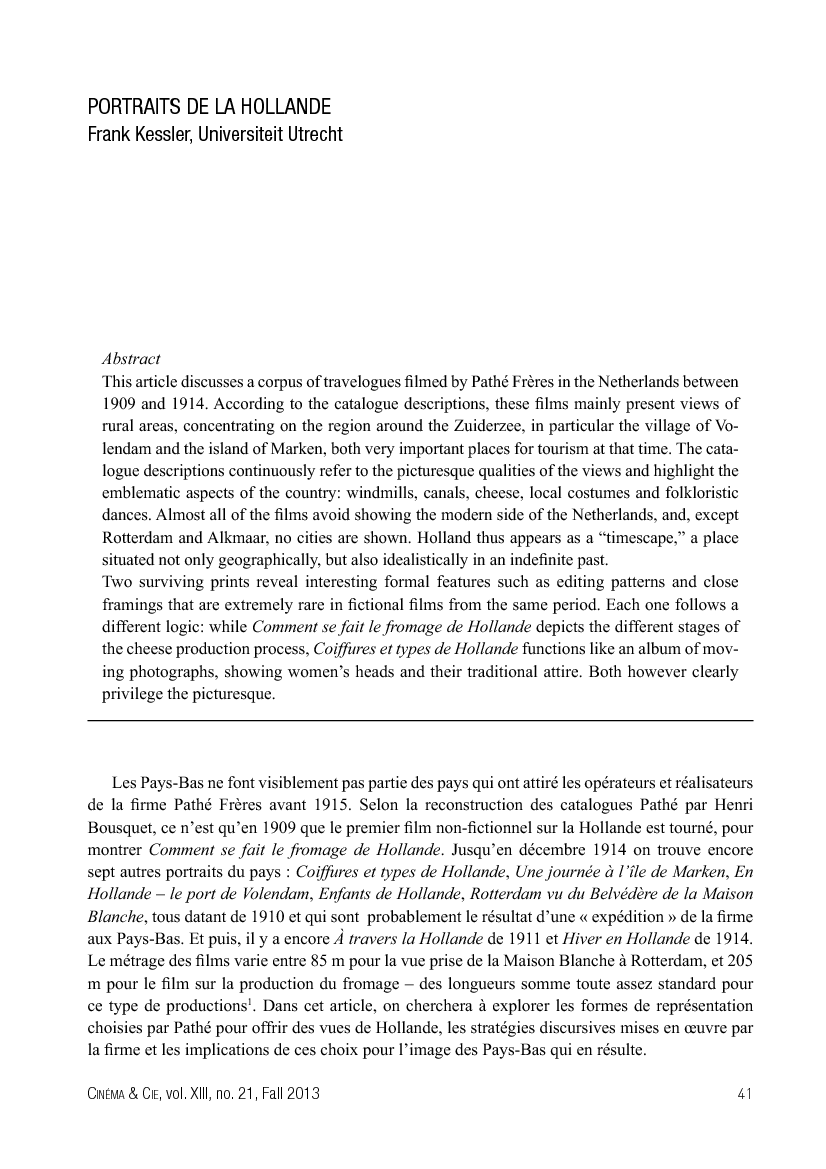