This essay deals with the summaries of comic films in Pathé catalogues between 1906 and 1914. We try to understand the literary bases of these summaries. Before 1910, summaries had several literary characteristics, but still remained essentially commercial discourses. Then, after 1910, we see changes that bring them closer to literary discourse. The texts are longer, characters have names and the narrative has a beginning, middle and end. In this sense they are close to the short comic texts published in the satirical press. Through this link, it seems clear that the literary discourses in Pathé catalogues and satirical press are based on the same process: the reader of abstracts is constantly led to identify with the subjectivity of the narrator. The pleasant and entertaining nature of the film summaries seems to come from the subtle blend of the stylistic requirements of the literary text and the identification with the narrator. In the end, it appears that the transformation that occurs during the passage of the filmic text to the literary text, and thereby from the film medium to the literary medium, is not accompanied by a generic transformation. The comic form of the filmic-object is also found in the summary-object. 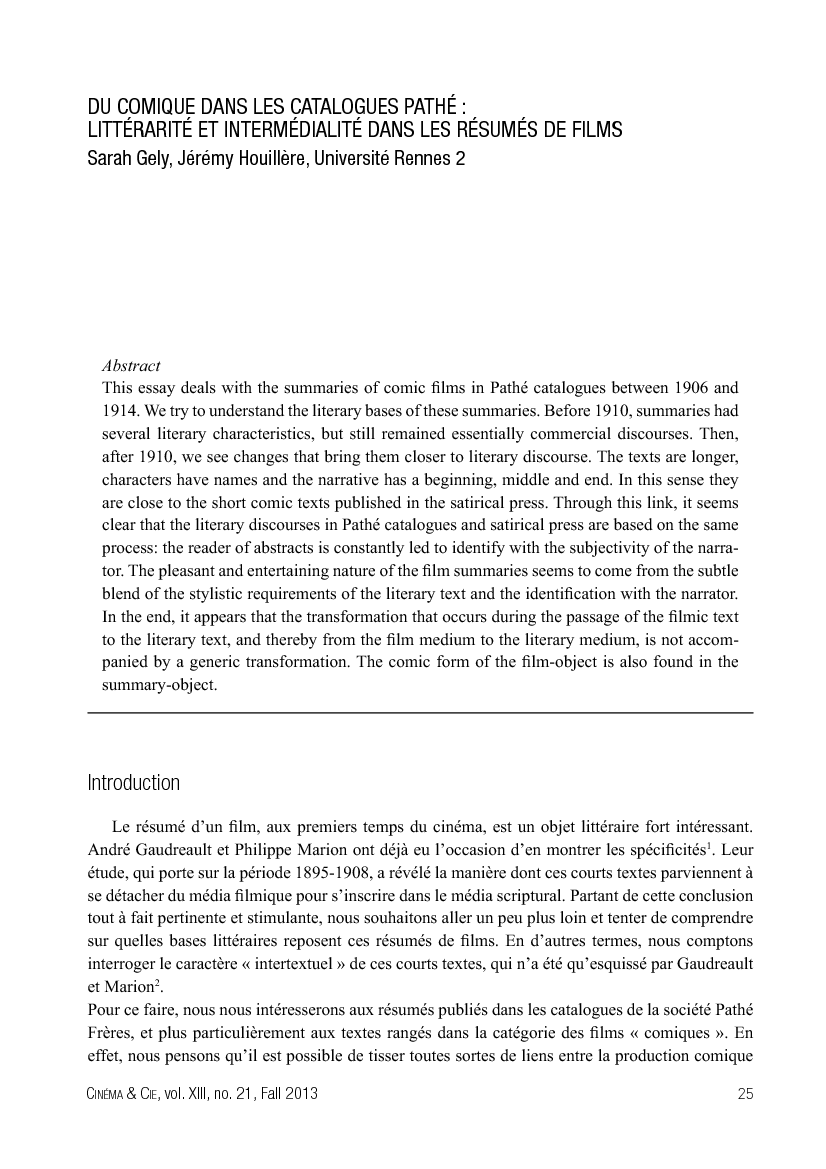