This paper deals with the concepts of usage, authority and stance in the field of lexicography, with special reference to the first edition of Webster’s Third New International Dictionary of the English Language (W3), the Oxford English Dictionary (OED), and different editions of learner’s dictionaries up to the latest ones. The main aim is to compare and assess different dictionary-making policies and their outcomes on the basis of the more or less overt role played by the interpretations and implementations of the above-mentioned concepts of usage, authority and stance and their interconnections with descriptivism and prescriptivism. Scholarly approaches to the concepts of usage, authority, and stance are presented in section 1 to outline the scientific background to their pervasiveness in dictionary-making policies. The definitions of the words usage, authority and stance given in W3 and in the OED, whose outstanding positions in the lexicographical field are undisputed, are then analysed in section 2. The related definitions of descriptivism and prescriptivism are compared and their application and instantiation are exemplified by the treatment of woman question (as a lexical item) in the OED, as representative of its historical perspective, and of ain’t in W3, as the symbol of its lexicographic breakthrough (section 3). Section 4 focuses on Learner’s Dictionaries and their specific pedagogical role with reference to usage, authority and stance, and on their definitions of ain’t in different editions, to see if that headword has undergone socio-cultural changes in time. A few concluding remarks are offered in section 5. 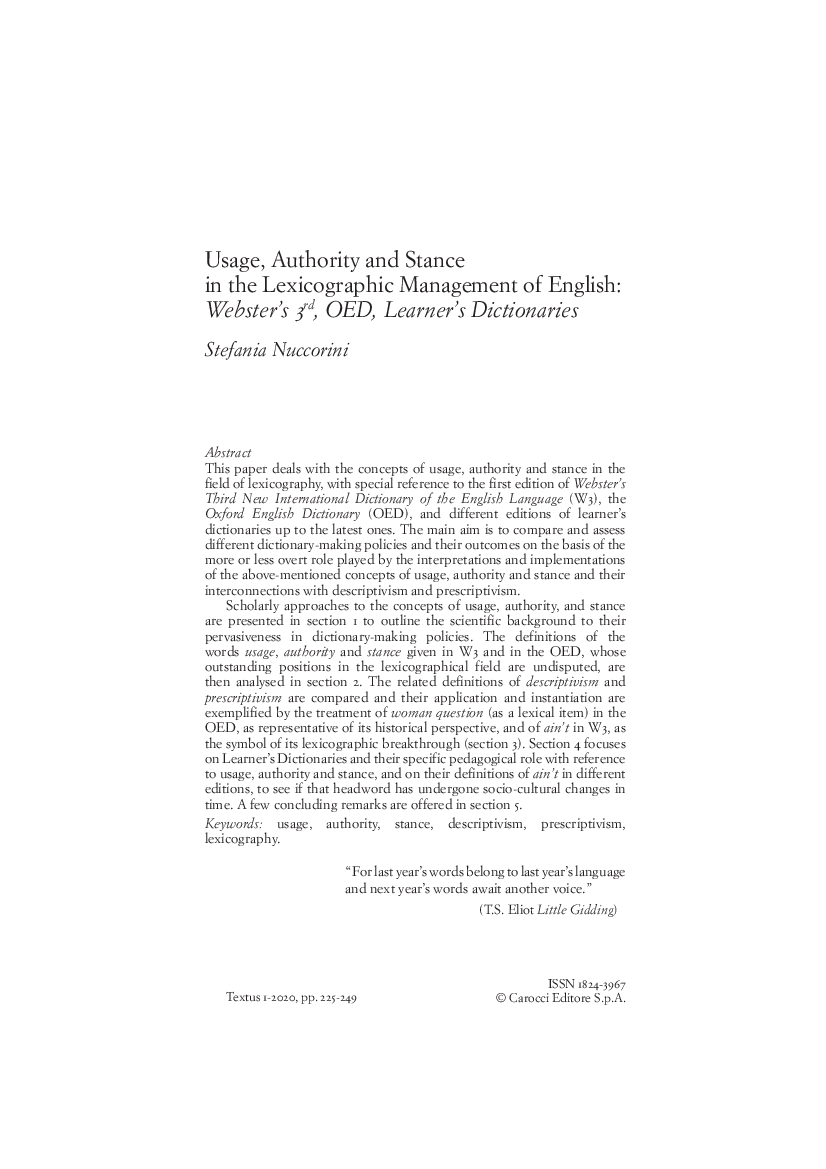