This article offers a preliminary discussion of Indian food discourse, interpreted not as a mere example of material and immaterial culture, but rather as a site of stratified genres, images and ideas that take up cultural, linguistic and literary forms to mirror multifaceted dynamics of belonging, migration and change (Appadurai 1988; Collingham 2006, 2018; Jurafsky 2014; Nandy 2004). The entanglement of vernacular customs and migratory practices, the creative processes leading to terms for food and the strategic representation of dishes in literary works by Indian and diasporic authors are just a handful of the modalities by which Indian food discourse is foregrounded and manifests itself stylistically and symbolically so as to convey ideologies and values. From such a perspective, I propose to adopt an interdisciplinary approach that benefits from various disciplines such as cultural studies, postcolonial theory and linguistics to unearth some of the diverse (his)stories and meanings of this complex domain and its reconfigurations of identity (Achaya 1994; Burnett and Saberi 2008; Daya 2010; Mannur 2010). 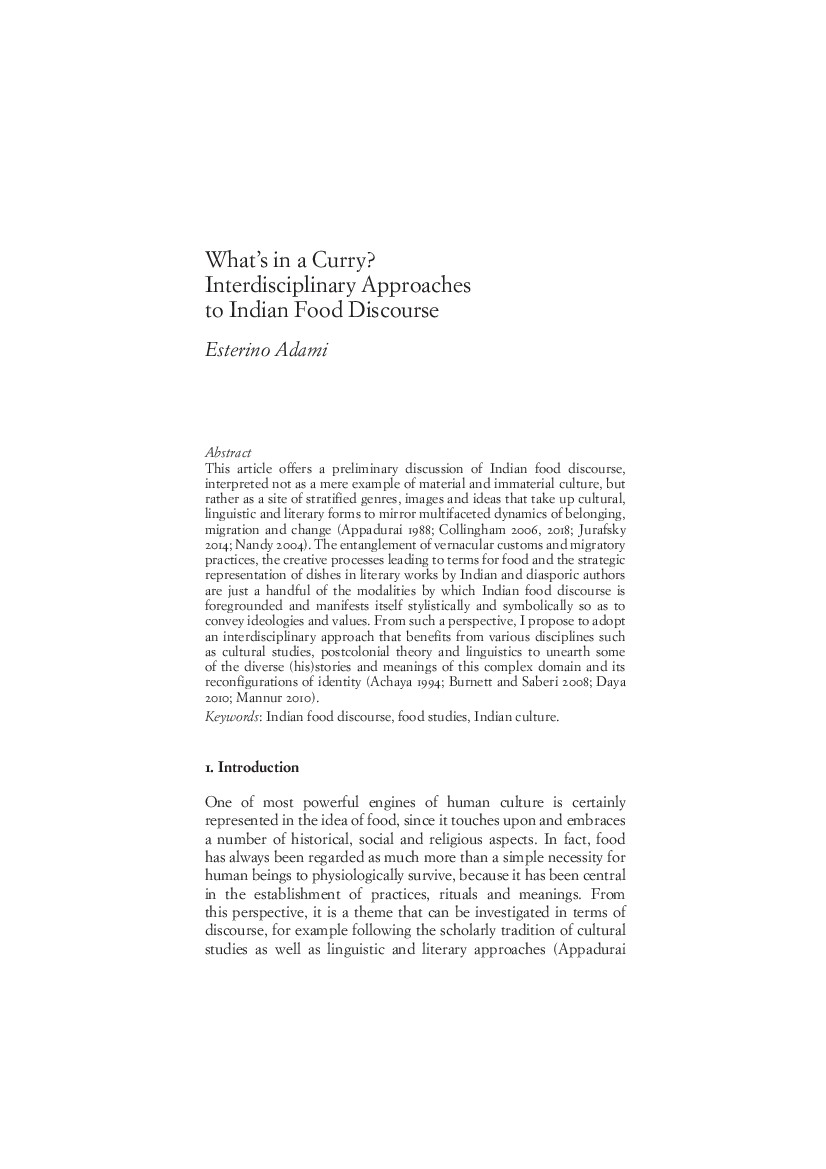