"The Tempest", which has been appropriated and rewritten in different ways since the Restoration, was used and re-used in music and operatic form, i.e., in William Davenant and John Dryden's "The Tempest; or, the Enchanted Island" (1667), and its revision by Thomas Shadwell (1774). Jeremy Sams's "The Enchanted Island" (2011), a Shakespearean pastiche in opera form, with music by Handel, Vivaldi, Purcell, and libretto by Jeremy Sams, re-writes the plot of "The Tempest", mixing it with that of "A Midsummer Night's Dream", imagining a post-play honeymoon cruise for the four lovers of "The Dream", caught up in Ariel's tempest, whose spell has been corrupted by Sycorax. This operatic version of the two plays engenders a new, hybridised text, that maintains the lightness of the lovers' story of "A Midsummer Night's Dream", and the magic, often disturbing, of "The Tempest". 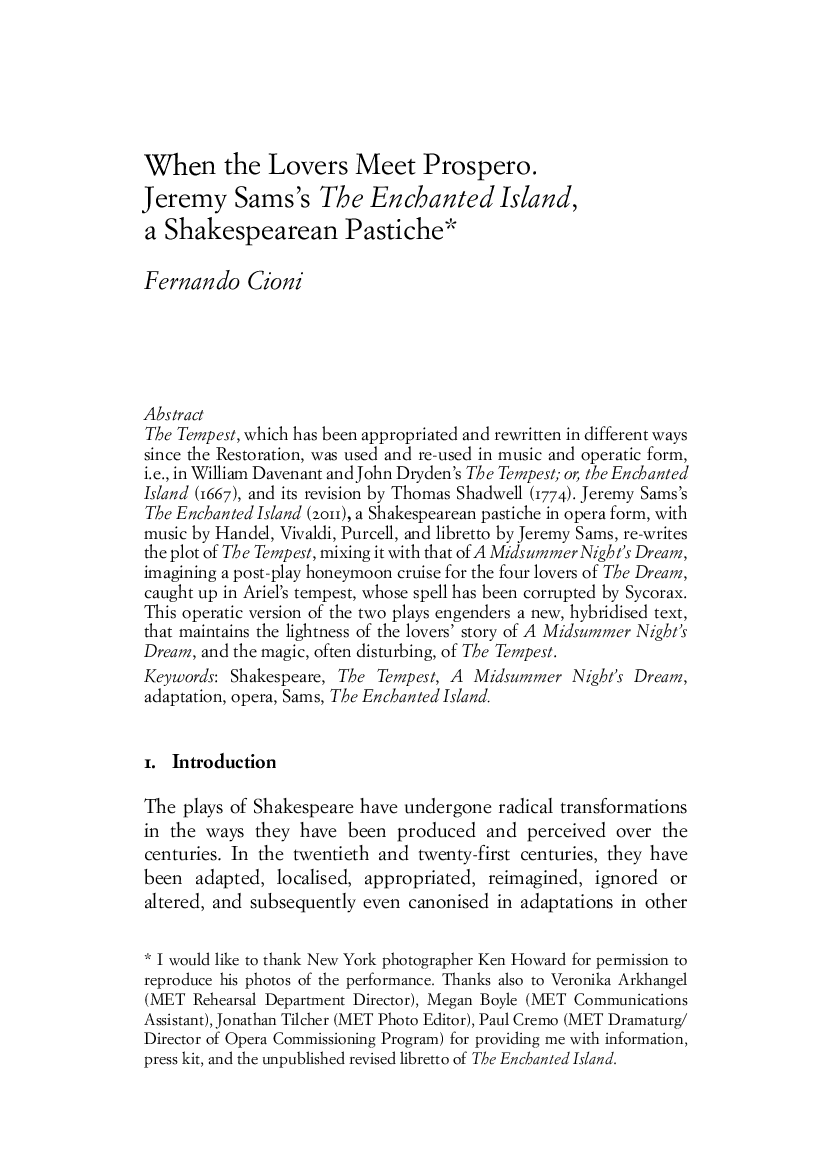