The focus of my paper is Pier Paolo Pasolini's short film "Che Cosa Sono le Nuvole?" ("What Are the Clouds?"), a 1968 appropriation of Shakespeare's Othello. The paper analyses how the Shakespearean play, performed as a puppet show, is turned into a new, personal compound that explores Pasolini's own artistic and intellectual concerns. It retraces how the incorporation of Shakespeare's text within an intertextual discourse challenges the rules and categories of mimetic representation. In order to understand Pasolini's turn to cinematic adaptation/appropriation, I focus on his contemporary observations on cinema as "the written language of reality": structured on our sensuous perception of the world, cinema reproduces reality instead of representing it. The cinematic medium allows reality to express itself in a direct, unfiltered way, by means of its own actions. 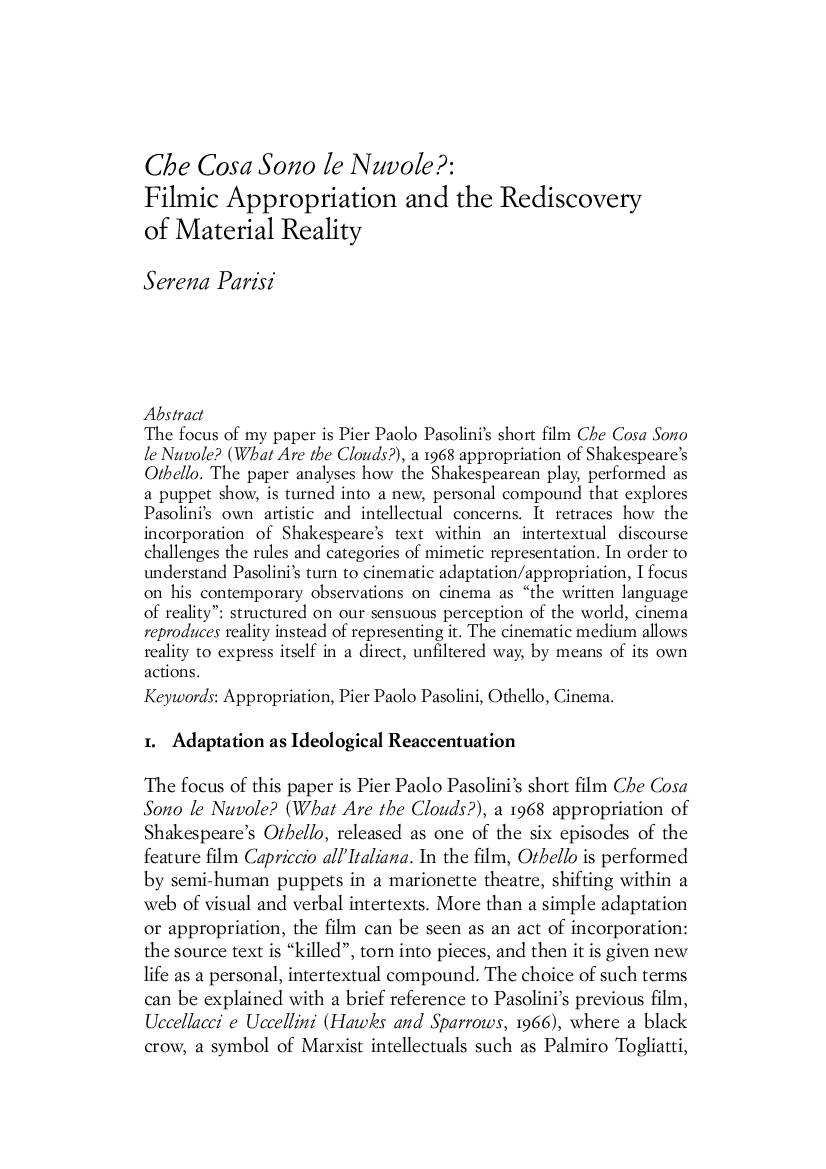