Johnson's "Dictionary" had omitted "many terms of art and manufacture": the 18th-century lexicographer had excused himself saying that he "could not visit caverns to learn the miner's language [...] nor visit the warehouses of merchants, and shops of artificers, to gain the names of wares, tools and operations, of which no mention is found in books" (Johnson 1755: Preface). However, as times progressed, interest in - and indeed a need for - dictionaries of specialised vocabulary greatly increased. Not only did explorations and discoveries contribute new lexical items to the English language - improvements in science and technology also created a market for didactic materials addressed to a broad audience. In addition, educational materials were required overseas by those preparing to cross (or having already crossed) the ocean as emigrants. In this contribution I aim to discuss two dictionaries explicitly meant to cater for the needs of workers at rather different points on the educational continuum: one for British readers (Ure 1840) and one for Italians emigrating to the USA (Anon. 1905). After an overview of the context in which they place themselves, I focus on their approach to elements that could be presented as significant for the envisaged readership, such as illustrations and intertextual references, assessing ways in which the relationship between codification and education is negotiated. 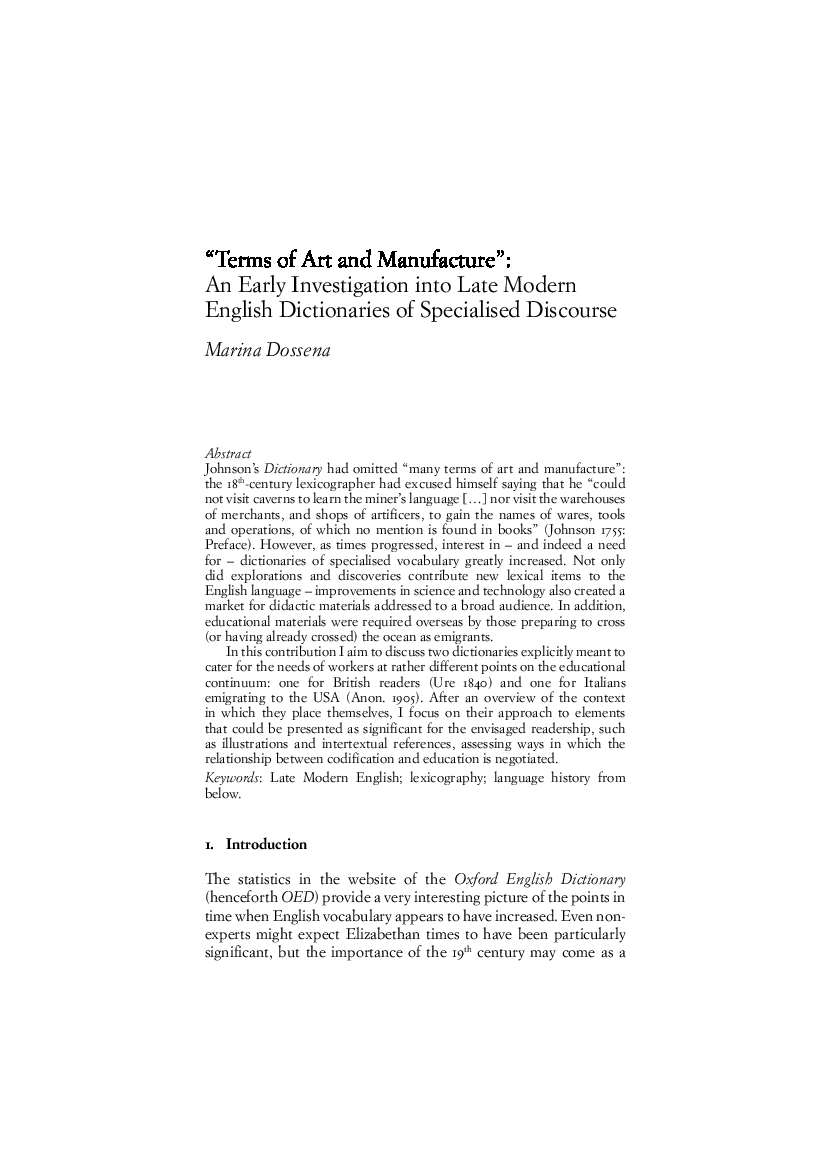