This case study explores the use of adverbial epistemic markers (AEMs, e.g. kind of), by Japanese learners of English (JLE), compared to that of native speakers of American English (NS). The primary purpose is to examine the role played by AEMs in different tasks in a speaking test taken by both JLE and NS. The findings show that both JLE and NS use more AEMs, which convey uncertainty, such as maybe, more than certainty, such as definitely, especially in a descriptive task designed to speculate on the situation depicted in the tests. In addition, it indicates that AEMs such as kind of are also used in dialogues to mitigate speakers’ opinions, which shows that JLE have pragmalinguistic and sociopragmatic knowledge. However, NS employ this usage more frequently than JLE. This study therefore shows the importance the role of task effects has in assessing learner performance, as different linguistic resources will be more or less appropriate in different contexts. 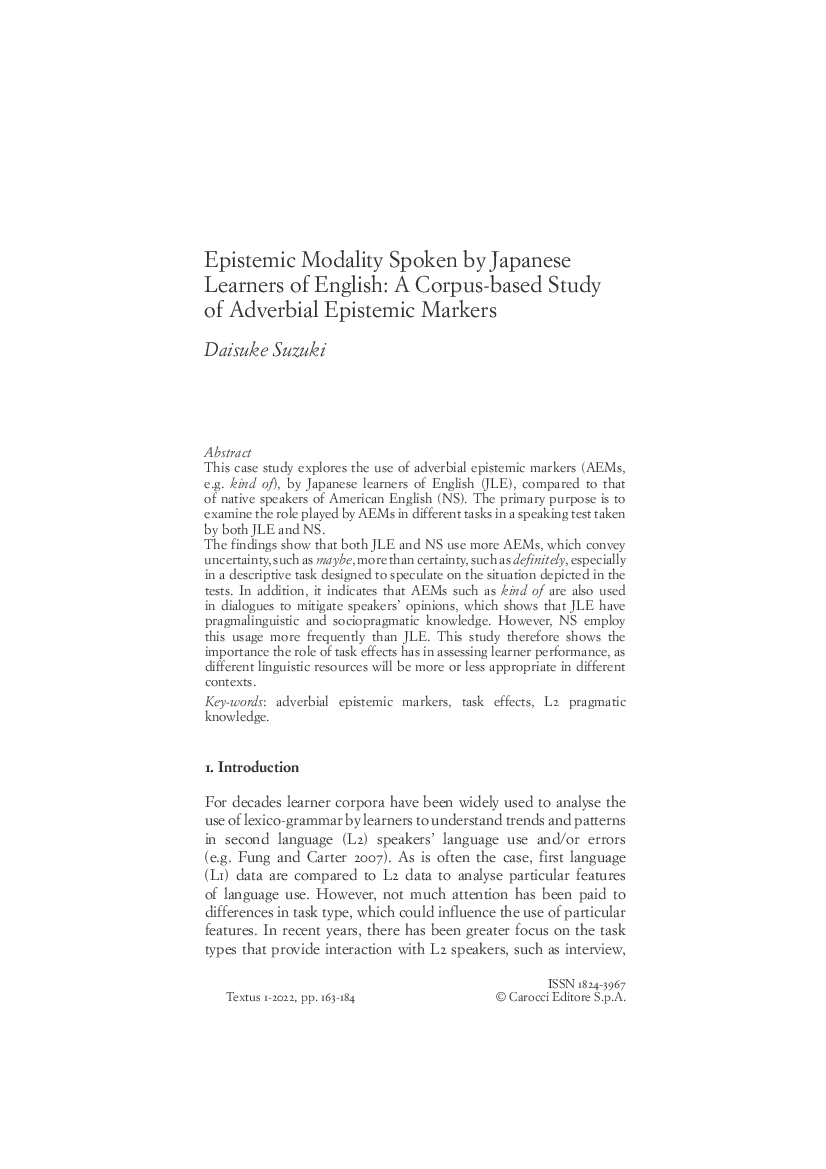