The Italian colonial cravings, born after the end of Risorgimento, continued until the end of the Great War, dragging the country into a series of conquering wars, culminating in that of Libya. The growth of nationalist ideology, fueling those cravings, found nourishment in the fascist regime. The expansive drives within an ideology aimed to the pride of a nation and the skillful manipulation of public opinion, obtained by the organization of a powerful propaganda machine, convinced the Italians that even the Kingdom of Italy had the right to equip itself, like other European countries, with a colonial empire. Intellectuals and writers - with few exceptions - have never left, in the years 1919 to 1939, to support by their writings such a mischievous ideology, often complicating the pitfalls in which the fascist wars pushed the country. 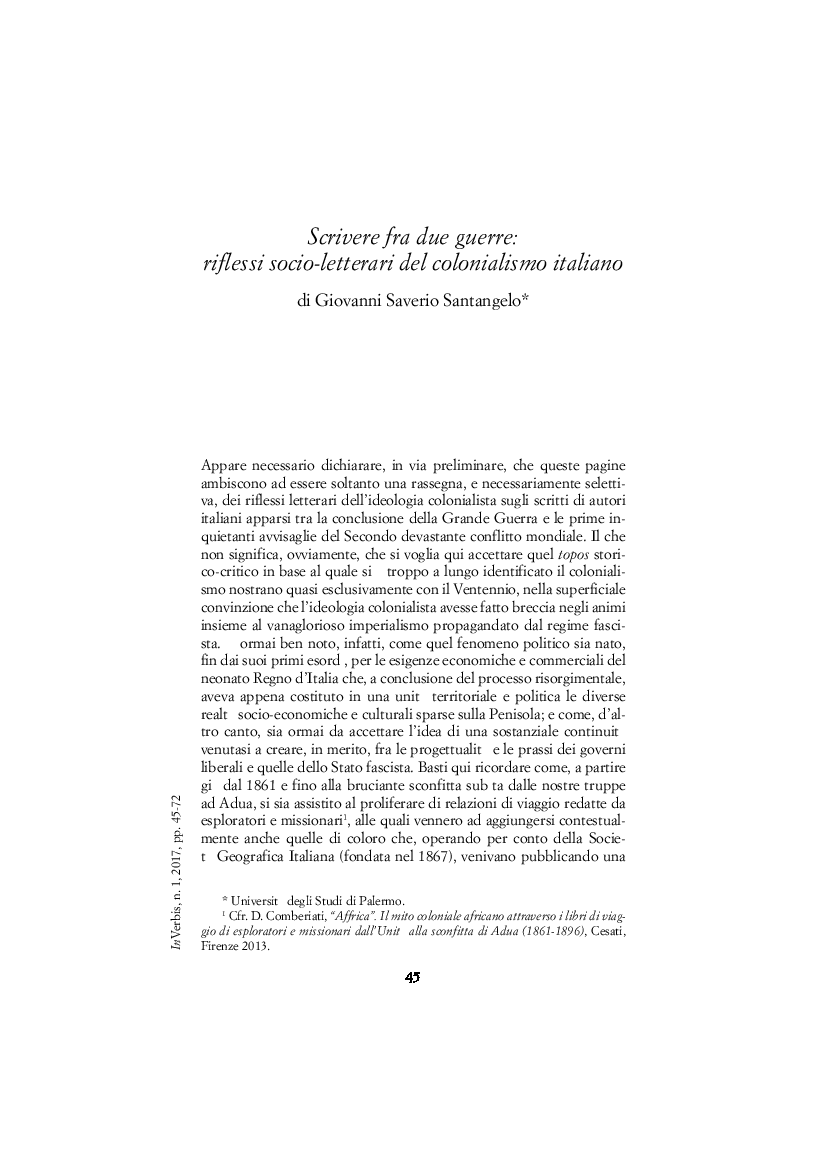