The triad 'colonialism, guilt and consequent punishment, payable with mental or physical illness if not with death', is frequently detectable in the literary texts that focus on the latest phase of Italian Colonialism. The interpretative approach proposed in this paper, is founded on two historical and social phenomena that characterized the second decade of the Fascist period, such as, the propaganda and the subsequent counter-propaganda, and the collaborationist relationship between Church and State that pivot, in literary imagination, in the metaphor of disease as a result of divine punishment for human sins. The examined novels - "Tempo di uccidere" by Ennio Flaiano (1947), "Un mattino a Irgalem" by Davide Longo (2001) e "Cristo se n'è andato" by Alfredo Strano (2003) - show that the guilt that afflicts the protagonists may be the obvious sign of a deep and individualistic need for atonement of sin for having betrayed their respective Italian companions. 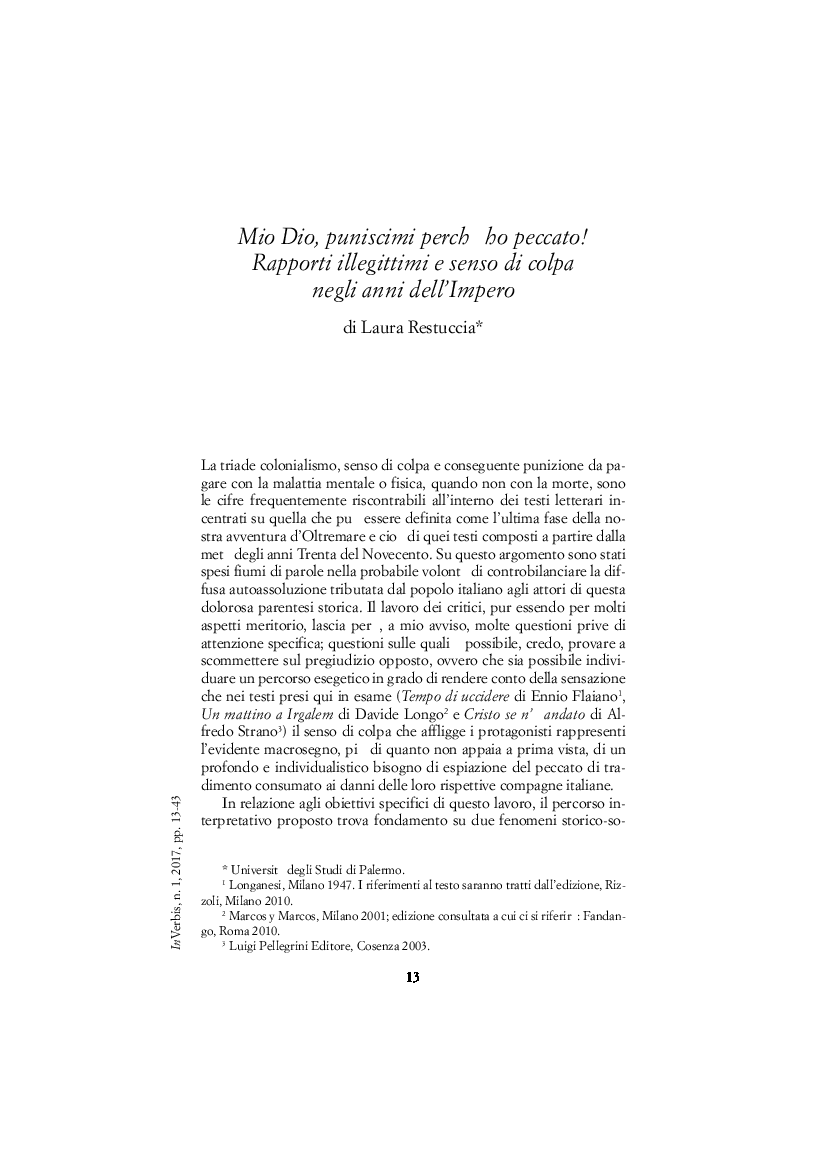