This article seeks to make more widely available an especially rich archive of London life in the early modern era. The Bridewell Hospital Minute Books are of particular value to social and urban historians. They contain prosecutions of thousands of people, and often provide detailed insight into the everyday lives of Londoners at the time. The story of Bridewell is a story of revolution - a royal palace that became a prison for London's poorest and most destitute people. Its court prosecuted petty criminals such as vagrants, thieves, runaways, masterless men and women, adulterers and prostitutes, and those found 'idle' or without work. It did not order the execution of offenders as the sessions houses did, but it routinely and mercilessly used flogging as a means to punish and deter those it found guilty. Prosecutions tell us much about who individuals were, where they lived, and the people with whom they associated. The Bridewell Minute Books also tell us about how a major early modern institution ran. The history of these individual lives contributes to the early modern history of London. The City provides a setting for all kinds of human drama and suffering. The original spelling of the entries has generally not been modernised to give a sense of their idiom, syntax and style. 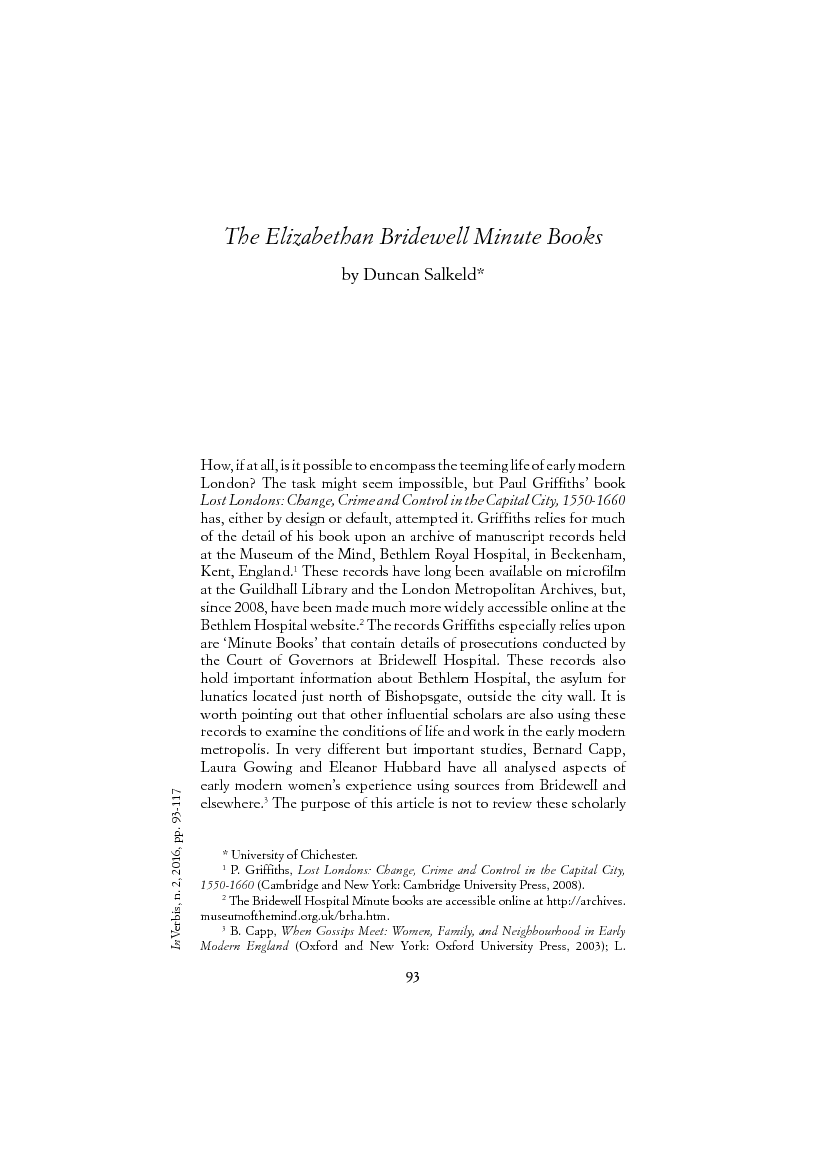