This article aims to analyze the transition from Universal to Particular in Elizabethan Theatre, underlining that this transition is doubly revolutionary: on the one hand, being an attempt to recreate a plausible reality, stealing God's creational power, and on the other, claiming the right to change - according to the author's will and to his theatrical urgent convenience - the axes of time, space, etc. The events staged are set in a specific scenario where past melts with present and geo-political slips go together with further inexactnesses with neither severe coherence, nor censure, nor formal disapproval. In this sense, the use of the Renaissance stage can be considered subversive. 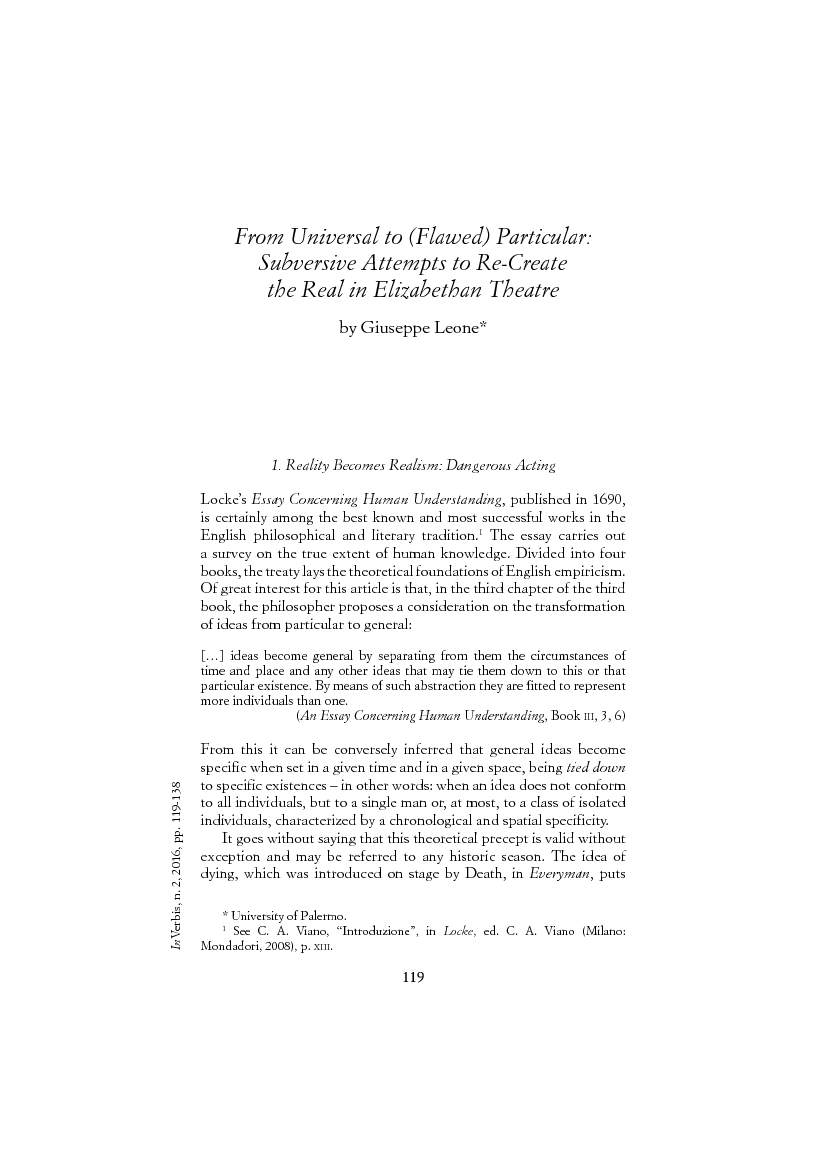