The use of dialect in a literary work by a writer is not always intentioned and meaningful (Stussi, 2002). This paper will examine some aspects of the "plurilinguismo passivo" in the Italian works of Luigi Pirandello (novels and short stories). Pirandello's works include some of 40 plays, written in Sicilian dialect. Some of them, like Liolà, were written first in dialect and then translated into Italian by Pirandello himself. The Italian translation from the first version of Liolà (1916) is a complete recreation of the play (3 editions: 1917, the literal translation in Italian, a "self translation"; 1928, the first stage version in Italian; the 1937 edition based on the version that Pirandello had prepared shortly before he died). On the basis of this brief comparison, the passage from the dialect ("girgentano"), in its Italian different versions, is interesting to analyze some terms and structures of the "Plurilinguismo passivo". 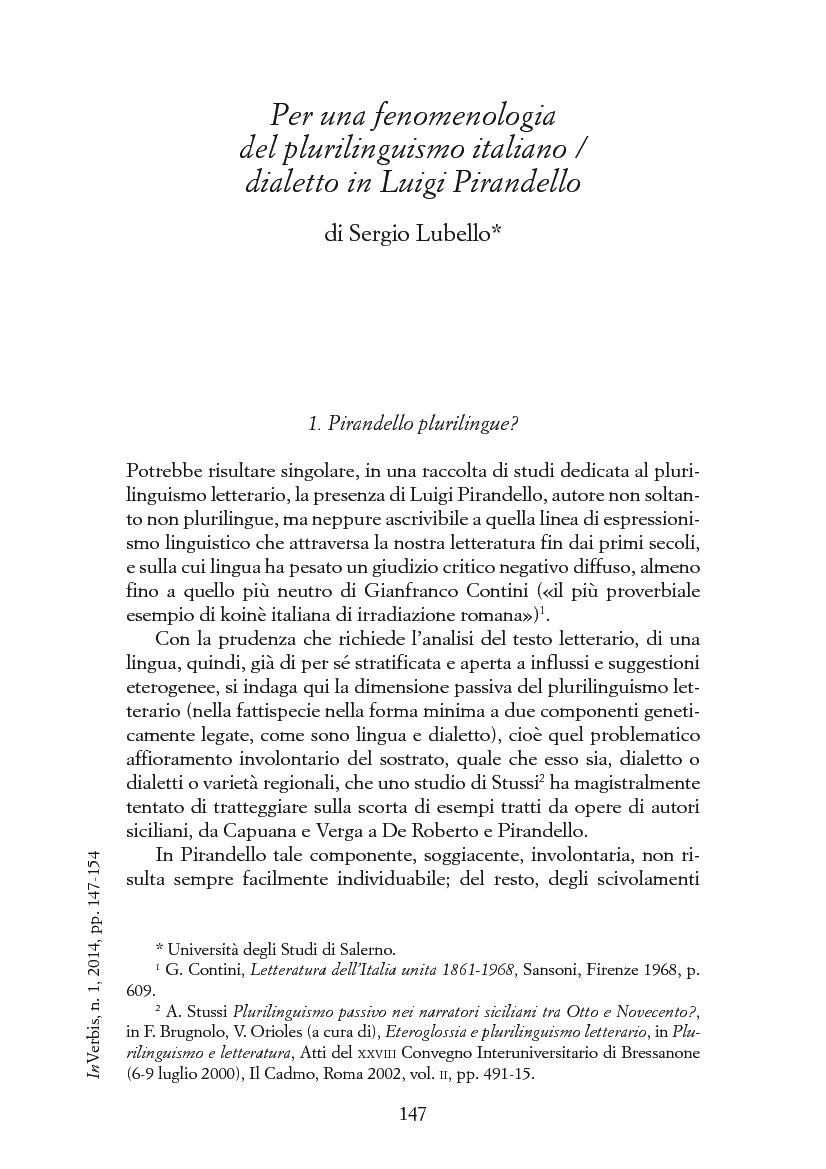