The collection I deal with contains thirty Sufi tales telling of love in the 10th-11st􀂕century Iraq. These stories were recited at litany-meetings as well as in the course of exemplary teachings carrying out an educational and idealizing function. In these stories, Sufi Love occupies a prominent place although it doesn't follow a single direction (divine, human, erotic...). The analysis of our collection shows that Love is more than a simple narrative pattern: it is the propeller of every event, the force moving the characters, the main theme that holds up the intrigue. The narrative sequences retrace the variants and the transformations of a same core: the affection. The affection for the family becomes divine love, for a woman, nearing to God; the abandonment of the family (wife and children), asceticism. Outside this narrative aspect, which is very instructive and which we shall discuss in a second moment, there is a lexical field that refers to this multiple love: 'iq, hubb, raghba, kalaf, danaf etc. These terms deserve an etymological as well as a contextual analysis to show how far they are able to convey this tension between the divine and the carnal. In a third moment, we shall analyze the attitude of the Islamic Jurists (fuqahā184), especially the Hanbalites, who opposed not only the charge of love which the Sufis gave to their 'ibāda, but also their vocabulary, which appeared in their eyes like an act of contempt towards God. For instance, they deem talking to Allah about 'iq unlawful because of the fleshly connotation of the term. In this article, I tried to maintain a triple approach: narratological, lexicological, legal and social. Indeed, the goal of this analysis is to show how these three dimensions intersect to create the specificity of the Sufi Love, in an era of the Middle Ages well-known for the influence of the Christian and the Hellenistic traditions. 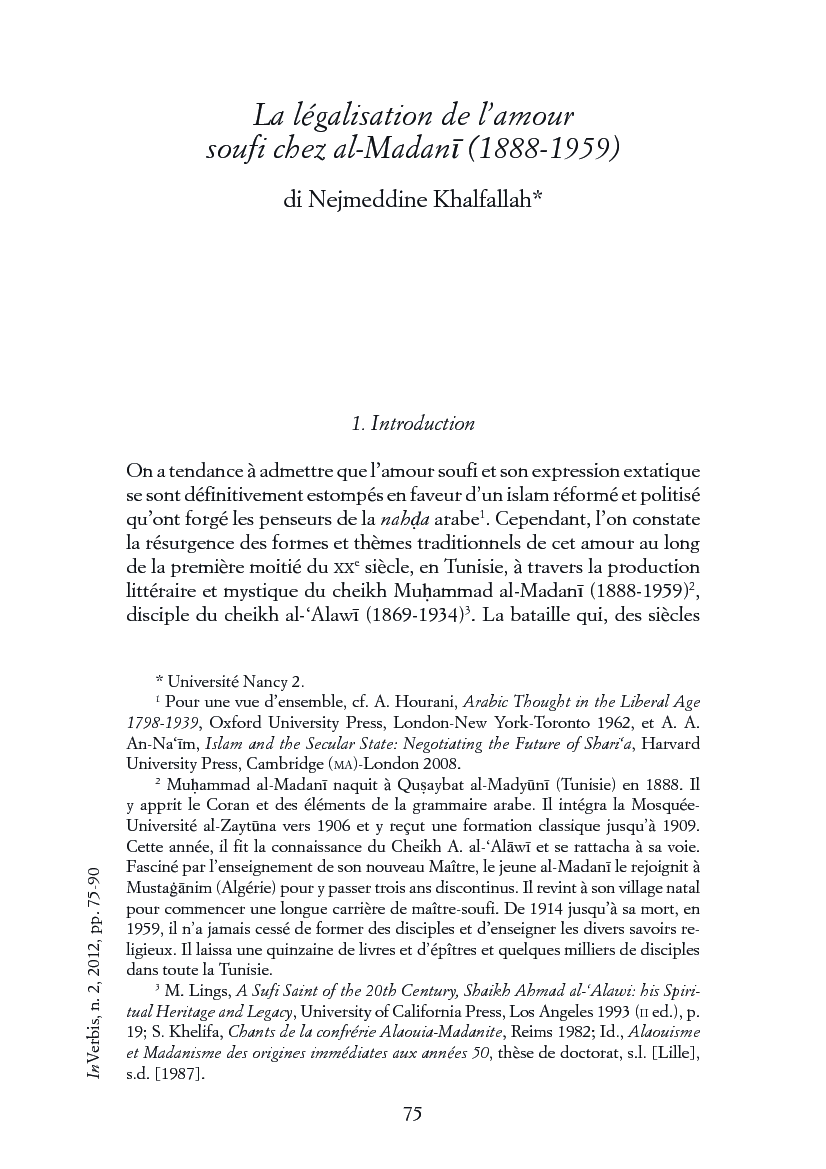