This article summarizes some of the main empirical research results conducted at a comparative level and in Italy only. Although emphasizing some theoretical elements, it remains firmly anchored to the main empirical findings. Thus, the focus is on how representation has changed because of technological transformation and the pandemic push. More precisely, in the first paragraph, the main definitions will be suggested, building on traditional political science, such as influence, persuasion and manipulation. In the second paragraph, the focus will be on the central mechanisms that we suppose are at the core of political manipulation by partisan leaders. These derive from transformations in information technology and the spread of social networks, and include reinforcement, saturation, polarization, and oppositive reaction. In the third paragraph, there is a selection of the empirical findings on manipulating public opinion that seem most relevant from an Italian perspective. How empirically the four mechanisms work will be discussed by taking Twitter, Facebook, and the partisan leaders’ role complemented by the interaction between the press and the social networks as the empirical base. The brief conclusions will only take stock of what has been analyzed, with some first additional observations of both the empirical and research perspectives that reality makes us glimpse. 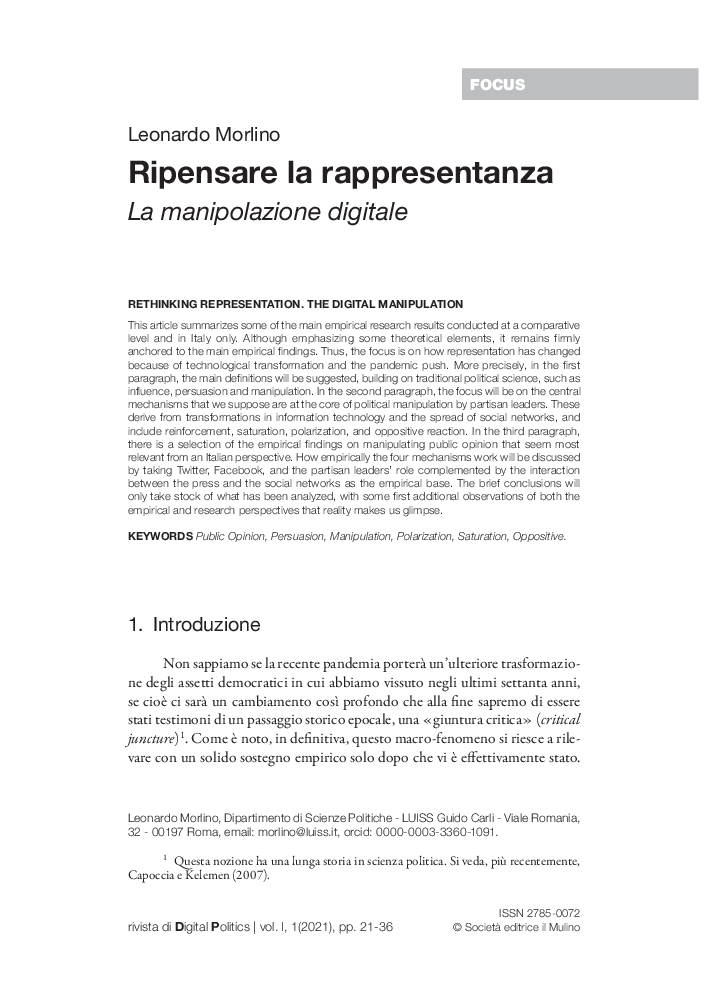