This paper proposes a case study describing and reflecting on the events that took place in Naples, starting with the mural, painted in the Quartieri Spagnoli, depicting Ugo Russo, a 15-year-old boy killed by bullets fired by a police man in an attempt to take his watch (March 2019). This case has been much discussed and still remains an open question, because almost two years later (December 2021) the results of the autopsy have not been released and there is therefore no judicial truth. This has generated many protest actions involving Ugo Russo’s family members, local inhabitants, local politicians, local associations, intellectuals and artists 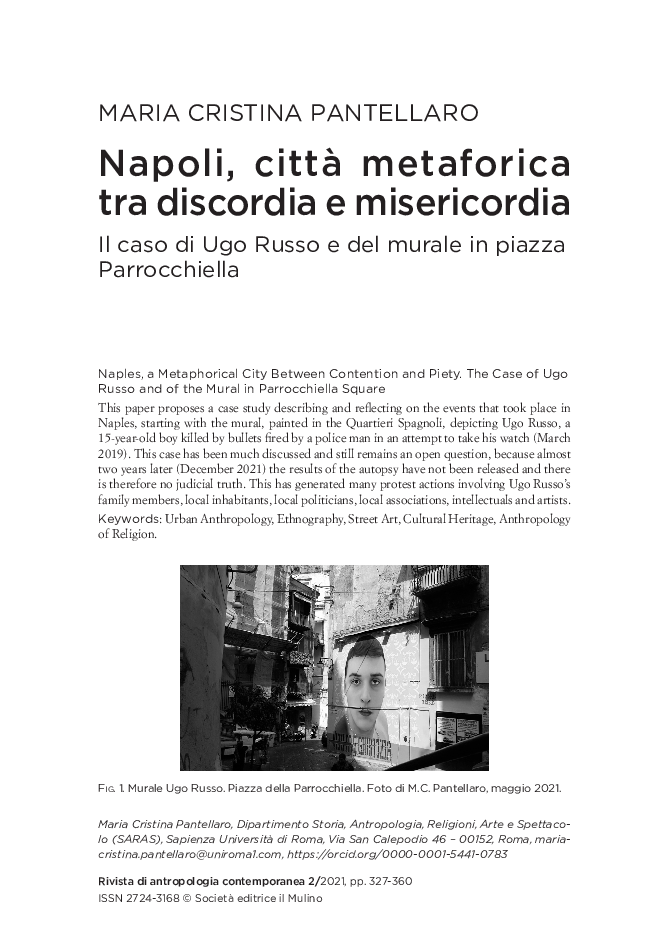