Only recently the concept of «sovereignty» became part of the toolbox of Political Anthropology. The article questions the reasons for this long absence and the anthropological appropriation of the theme of sovereignty starting from the 1990. From a theoretical point of view two perspectives seem to debate: the interpretative approach of Clifford Geertz, with his famous invitation to study sovereignty in «complicated places» on one hand; and the critical and deconstructive approach to Western and colonial State on the other. These two perspectives have been joined, in the last twenty years, by a growing indigenous literature, questioning the risks, but also the creative potential of claiming sovereignty. Engaging with the lively debates and requests for autonomy that emerge from the island contexts of the Europe Overseas, the article investigates the emergence of new forms of sovereignty that do not necessarily aim at the State political independence, but at the recognition of relationships, interdependencies, political and cultural pluralism, long denied by an absolute and «full» vision of sovereignty. 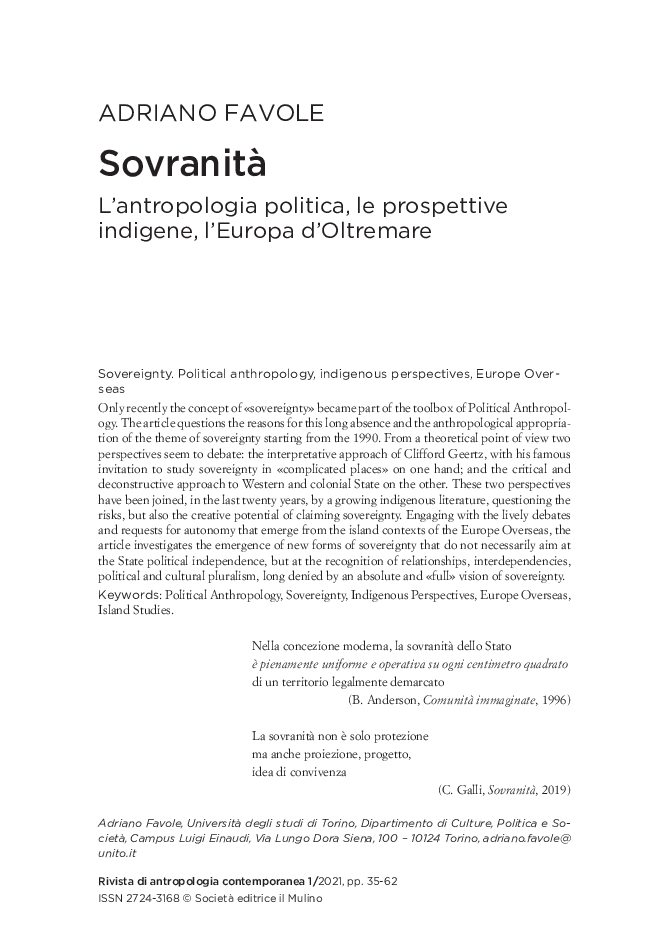