This introduction focuses on the tendency of social sciences’ epistemology to eventually create the ghost of homo strategicus, a symmetrical copy on the political level of homo oeconomicus, that has been weakening the epistemological debate, especially in cultural anthropology. The symbolic level, of institutions administering any sort of «power», has ended up being reduced to an ideological cover of hidden interests that should be revealed by the researcher in a form of political-economic hermeneutic exercise. This analytical attitude, affecting any representative of any elite with prejudicial suspicion in the name of the «little guys» (Graeber 2004), is cloaked in what has been termed «theoretical correctness», or «critical theory»: an approach to power that one would call cratophobia, i.e. a sort of simplified radical interpretation of authority, sovereignty and hierarchy, always evil and oppressive, illiberal, and violent. Cratophobia considers the system of hierarchical relationships between different components of society as: a) intrinsically evil as primarily based on the exploitation of man over man; b) aimed solely at self-reproduction; and c) solid to the point of immutability 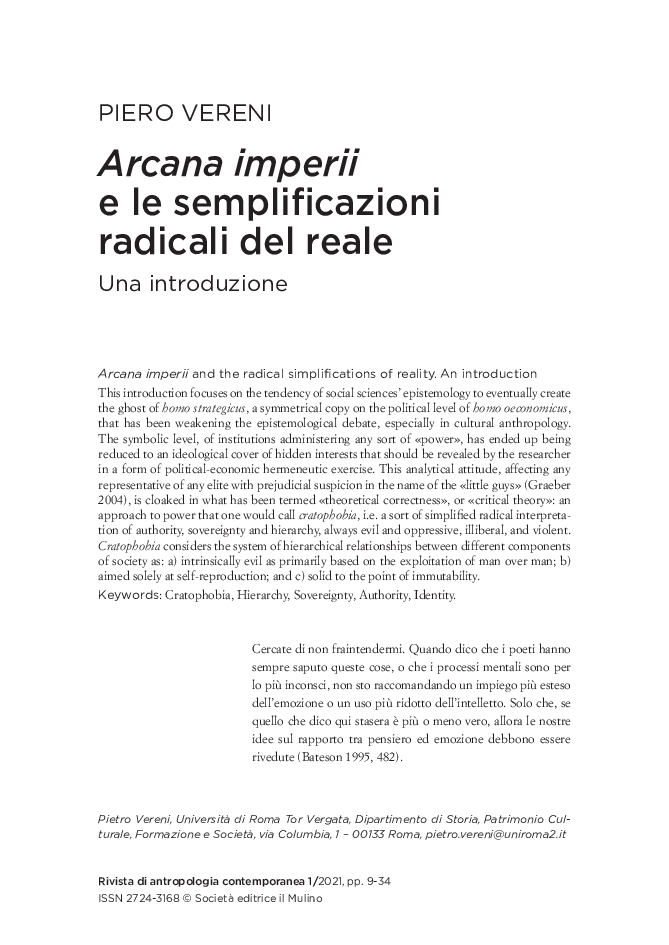