On April 6th, 2009, a destructive earthquake struck on L'Aquila (Italy), annihilating its historical city center and destroying several residential neighborhoods. The Berlusconi government's top-down management of the emergency through the Civil Protection Agency started cross-partisan «citizens' activism» that demanded public participation and the inclusion of the local residents' perspectives in the post-earthquake political discourse. In this essay, I will discuss how the dramatic changes generated by the earthquake shaped the public modalities of protest that the activists employed during the 2009 G8 in L'Aquila. This case study, furthermore, contributes to deepen the understanding of the complex relations between the dimensions of locality and materiality, new media activism and mass media, and the situated performances of protest and citizenship engagement within localbased activism. 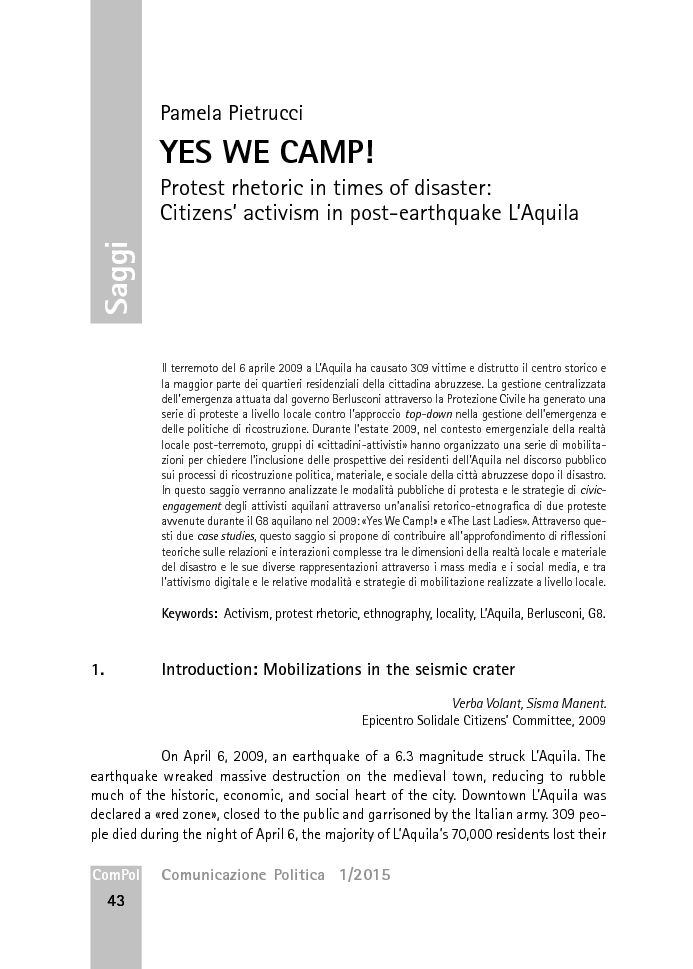