The present article considers the 2013 elections as the outcome of an incremental process of protest against "distant" politics. It also observes that such a process escapes the model of the cycle, showing the difficulty in using this interpretation scheme during political change phases. In the first part, the article will reconstruct the gradual establishment of voting behaviour in the pursuit of a clear schism against traditional parties, occurring in the intermediate elections from 2009. This schism highlights the presence of a disintermediation process involving also the media. Afterwards, opinion data will be used in order to provide documentary evidence of the deepening crisis, characterising the relation between citizens and parties. In conclusion, some research findings from the press coverage analysis conducted during the 2013 electoral campaign will be presented in order to outline the emergence of a disapproving environment against parties and, therefore, particularly unfavourable for their protagonists. 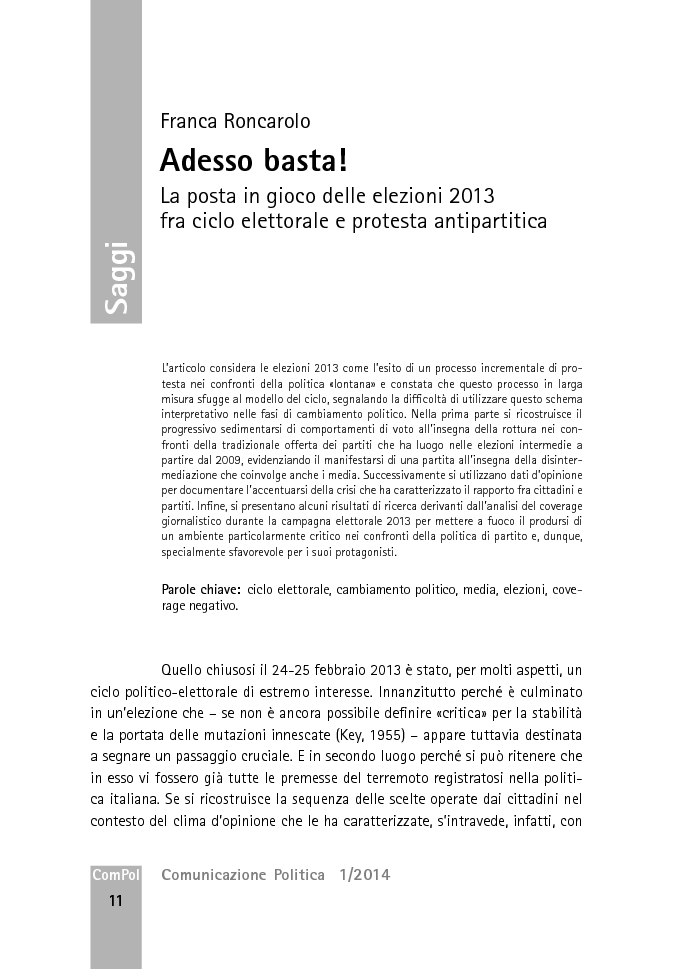