Keywords: US election campaigns, Internet and politics, US Presidential election 2004 and 2008, political journalism.

The article compares the two main cases of mudslinging that characterized the American Presidential campaigns of 2004 and 2008. These are, respectively, the attack led by the Swift Boat Veterans for Truth against the military career and the subsequent pacifist turn of John Kerry; and the smear, spread around the Web, that claimed that Barack Obama was Muslim. This research describes the origin and the consequences of the two slanders, the role played by the different media platforms, and the response of public opinion. Finally, the comparison of the cases allows to point out some conditions for the success or failure of mudslinging in contemporary American political communication. 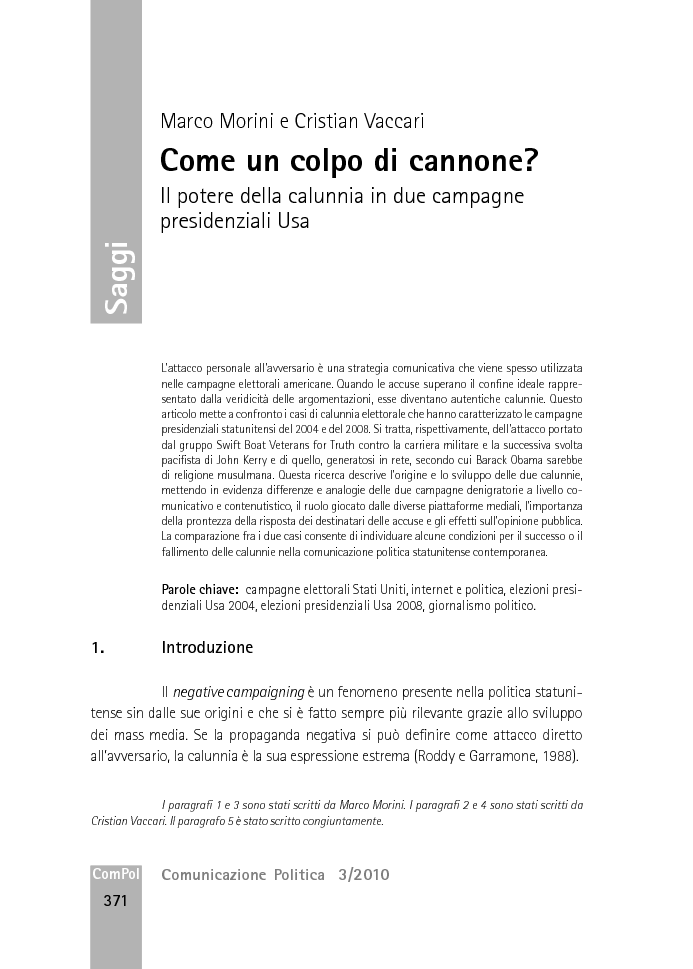