The rise of populist parties has often been fostered by symbiotic relationships with the media. Although much has been written about the conditions favoring their popularity, their changing relations with the media during the institutionalization process have been hitherto neglected. Building on the «media-marked life-cycle» of populist movements (Mazzoleni, 2008) and the «4A model» (Rucht, 2004), this article addresses how the communication of the Five Star Movement (FSM) and its media coverage evolved from 2012 to 2020 – a period during which the party first obtained parliamentary representation (2013) and then government positions (since 2018). We analyzed the FSM’s blog and the newspaper La Repubblica quantitatively and qualitatively, tracing changes in the tone and amount of coverage. We found that, while the blog displays a changing attitude towards the newspaper (from «boxing » to «dancing»), La Repubblica shifts from compliant to mostly negative coverage, with visibility peaking during the phase of governmentization. 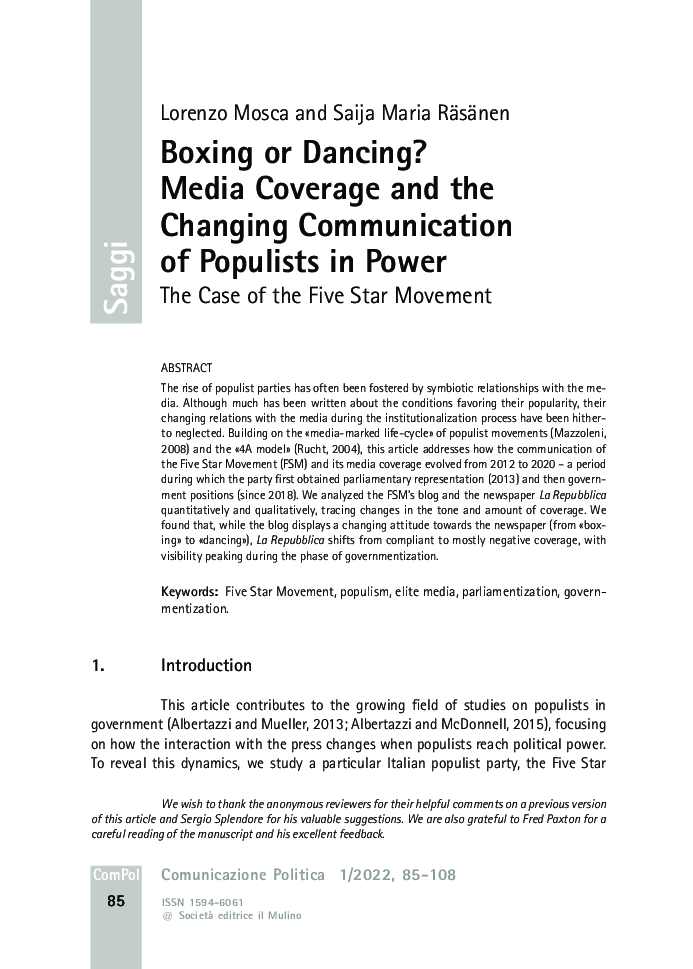