The spread of the SARS-CoV-2 virus has enormously increased the media exposure of scientists, some of whom have become well-known and even popular. However, it may also have signaled the beginning of an unexpected decline in public trust towards them. Responsibility for this can be ascribed not only to distortions in the communication of scientific knowledge by the media, but also to dynamics that exist within the scientific community and how they have been expressed in the media. In fact, frequently during the pandemic, not only did scientists publicly display a high level of conflict, but they also made claims that were outside their specific areas of expertise. From a pilot study conducted on about 4,000 readers of two online newspapers, five latent dimensions emerged with respect to attitudes towards science and scientists. A consistent element of people (between 20% and 30%, so still largely a minority) seems to share a non-scientist epistemological model, unmoored to presumed certainties and absolute truths. This phenomenon, based on the responses of those interviewed, seems to be associated particularly with a critical attitude regarding the public exposure of scientists and their way of communicating in the mass media, and not with a general skepticism towards science and its role in society 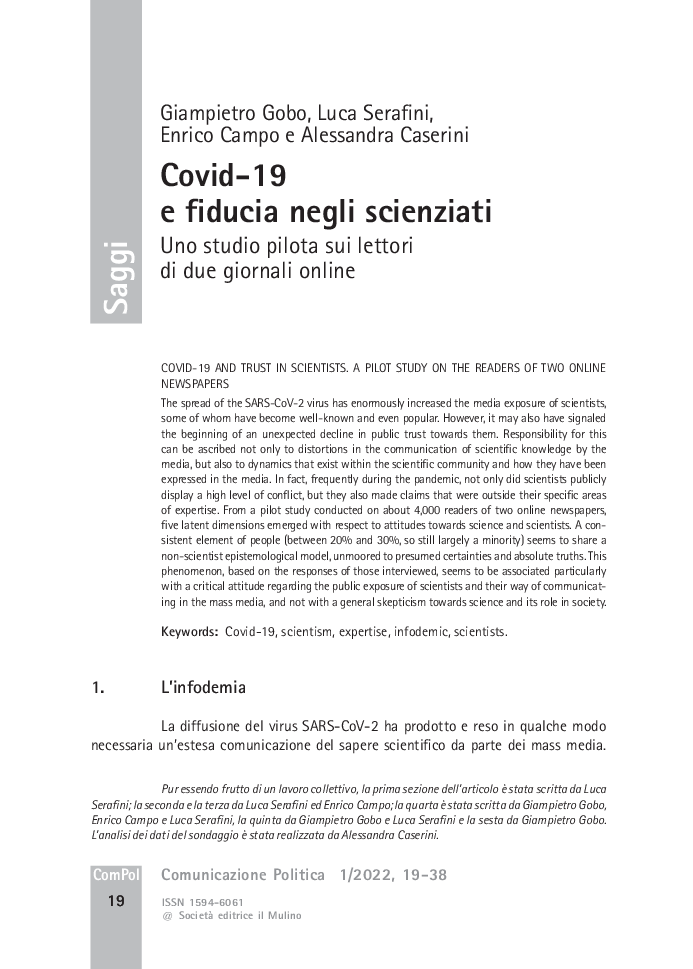