This article explores the relationship between nationalism and left-wing populism, looking at the political communication of Podemos in Spain. Podemos is a crucial case study for such an analysis, as it is one of the new left-populist actors who have emerged and successfully consolidated on the European political scene, and it has made extensive use of a patriotic communication despite its radical left political background. Through a qualitative discourse analysis on leaders’ speeches, integrated with primary data (elite and expert interviews and one unpublished internal party document), this article shows that Podemos leadership deliberately uses nationalism as part of its populist strategy and it does so in a counter-hegemonic way, trying to challenge the Right on its own ground. Unlike European right-wing populism, where the reference to the people usually serves to «normalize» ethnocultural nationalism, in Podemos, nationalism serves to discursively construct an alternative form of national identity, consistent with an inclusive and left-wing understanding of «the people». 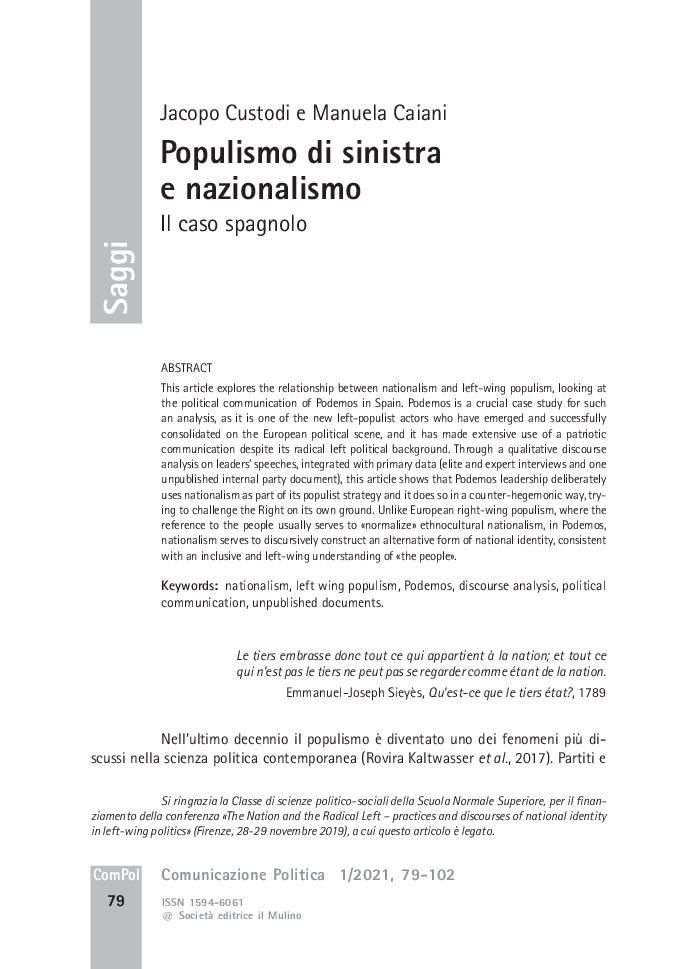