This paper sets out the research process and findings of a qualitative study on the causes of early school leaving (ESL), conducted in 2017 in a suburban city located in the Lisbon Metropolitan Area. It draws specifically on evidence from a participatory study with vulnerable students, in order to demonstrate the legitimacy and pertinence of the inclusion of students with school failure paths in studies about school success. The research process led to youngsters being consulted as experts, in this way addressing questions over the distribution of power in the educational field. As experts, 34 young people, most of whom had either left school early or were at risk of ESL, were involved in focus groups and interviews. The analysis of these vulnerable students' narratives revealed the systemic nature of ESL, and clarified the factors that mark the youngsters' paths up to the point of leaving school. The present study fosters the visibility of young persons, who are generally invisible and isolated in the management of their own academic failure. 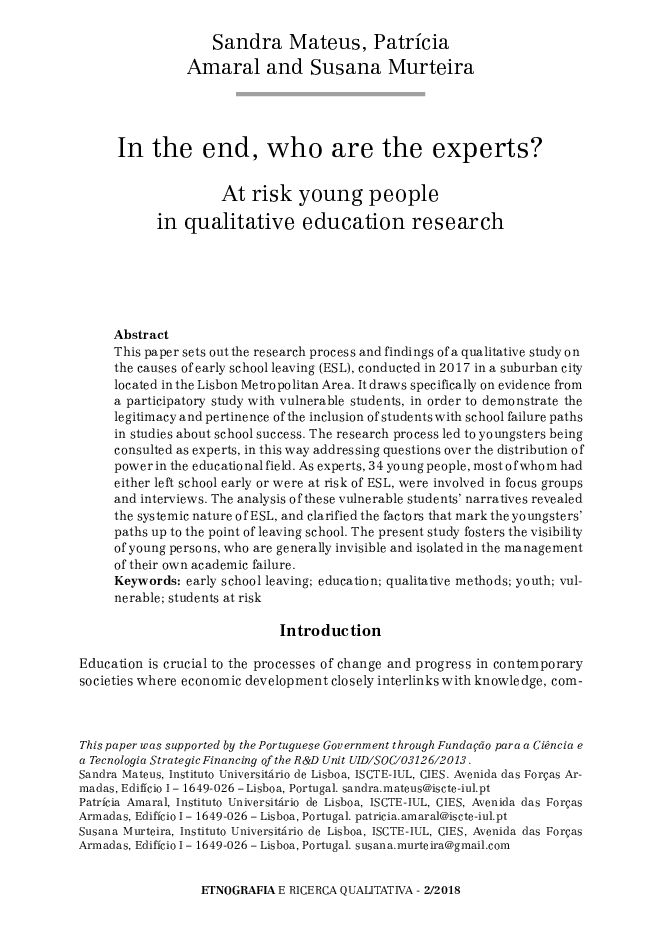