These field-notes work as an ethnographic account of the last days of existence, in October 2016, of the great informal camp of Calais, also called, with a colonial flavour, the jungle. Passing through informal flyers and bureaucratic documents, stories of personal encounters and other objects/situation collected on the field, the notes describe the forms of a humanitarian eviction devoted to relocate a mob concentrated into a widespread network of institutional reception projects scattered all around France, whose explicit purpose is to provide a temporary welcome and support a re-orientation of travel projects. The transition from the segregated camp to institutional reception is read through the Foucaultian lens of the dichotomy between leprosy, as an exclusion scheme, and plague, as a disciplinary scheme. The shift to the plague, through the practice and narrative of a humanitarian eviction, is displayed against the «lepers» who autonomously dwell a space and a time built and grown on the edge of the official city, in order to affirm a visible and scandalous presence, an autonomous and collective organization able to challenge the border regime. 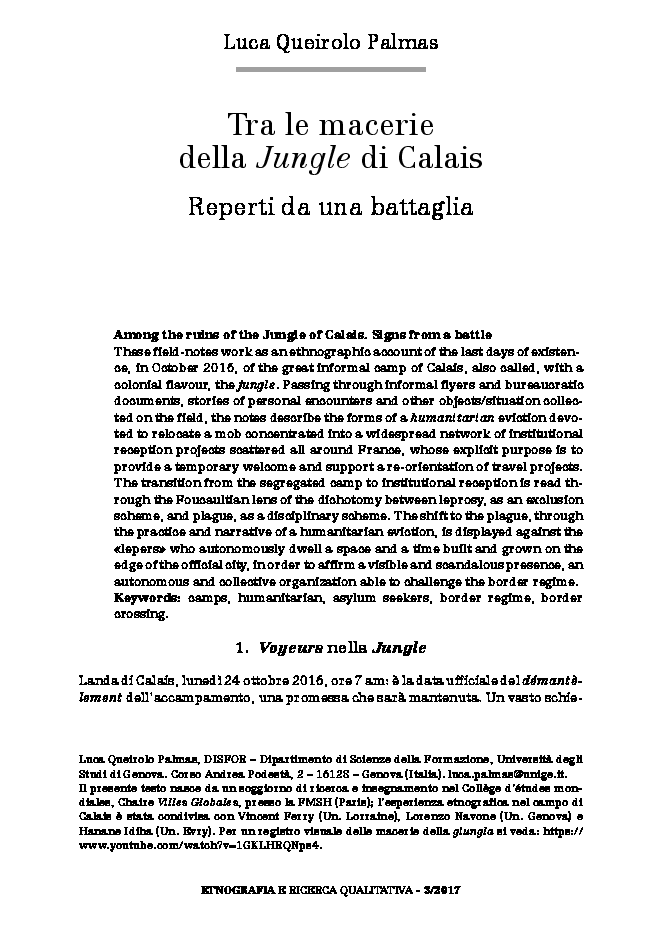