MMA (or Mixed Martial Arts) is a combative sport combining the techniques of several martial disciplines: judo, Brazilian jujitsu, boxing, karate, kickboxing and so on. Invented by Brazilian fighters trained by Japanese experts, it became quite popular when it was imported into the USA at the beginning of the Nineties. At that time, fights were «no holds barred», meaning that any move or blow was permitted except for eye-gouging and bites. Today MMA is provided with a set of rules that specifies the few things a fighter must not do (hit the groin, the back of the neck, and so on), but lets the opponents use any combat discipline they like in order to win the match. In this essay, the author discusses the growth and global success of professional MMA, its progressive legalization throughout the world (except for a few countries) and the business it involves (nowadays MMA is the most popular sport on Pay TV). After close examination of several matches, the author discusses the cultural meaning of MMA as ritual combat (and legitimated brutality) in this age of growing insecurity and global wars. 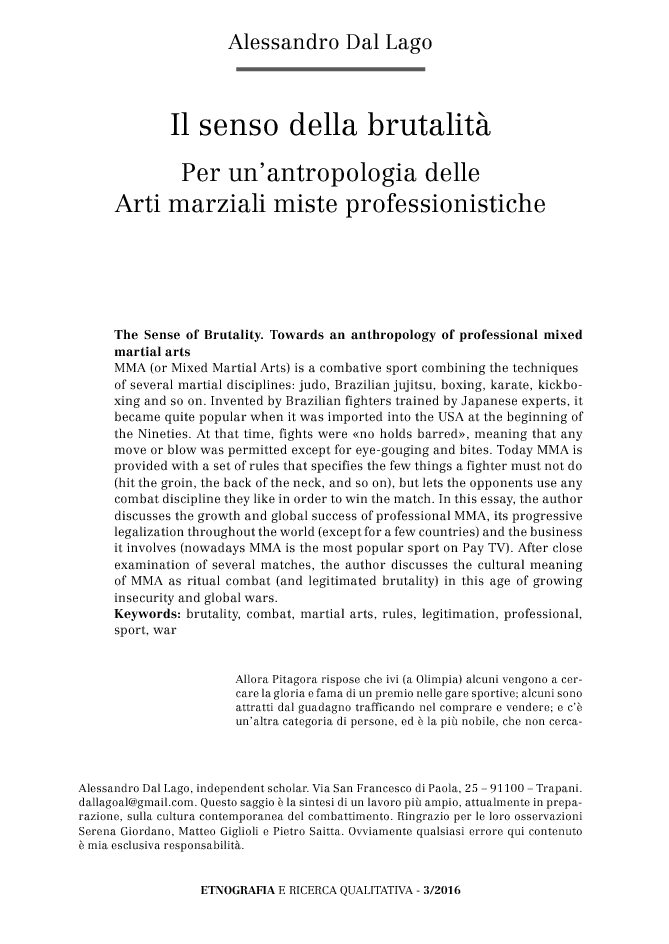