An important development of the notion of "field" in linguistics is found in Karl Bühler's "Sprachtheorie" (1934), and in particular in his theory of the two fields (symbolical and deictical), through which he provides a perceptual, pragmatic and social anchoring of language. In Bühler's work, situation and context jointly determine the material space for the play of linguistic forms ("Spielraum"). The idea of action is the key to his notion of "field". Only if speech is defined as an activity can one hope to arrive at a "total" object: the total field, or, rather, field of action, that connects representation and expression. 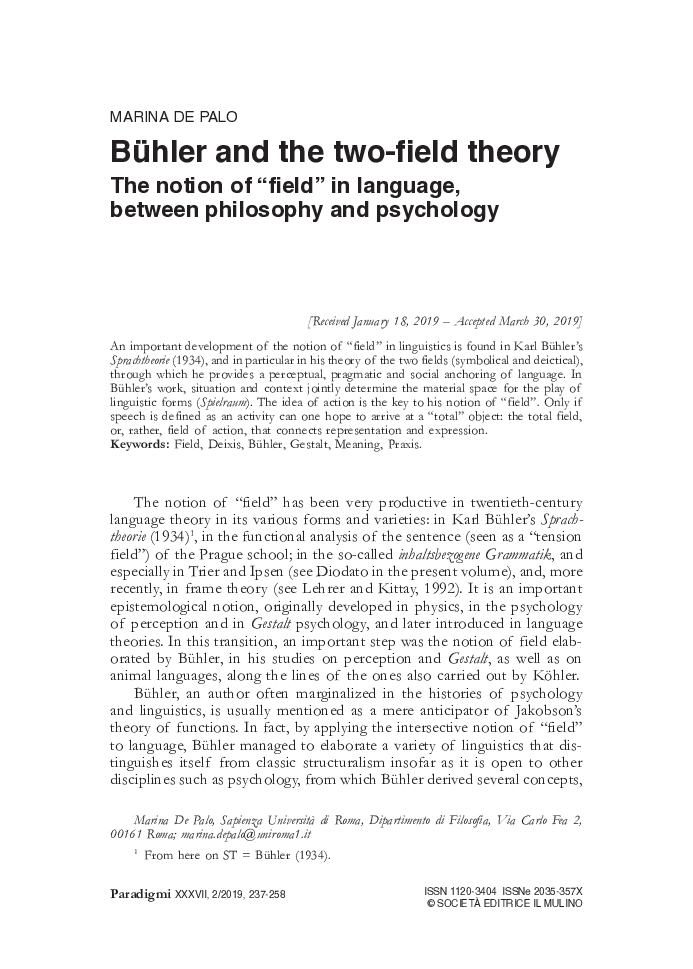