An ancient tradition that conceives of reason and emotion as opposed still underlies some strands of the so-called ‘dual-process’ approach to cognition. In this article, we analyze and criticize Joshua Greene’s dual-process theory of moral judgment (which aims to account for the findings produced by fMRI experiments that use the classic ‘trolley’ cases), by maintaining that the ideology of the conflict between reason and emotion is strictly associated with a hierarchical view of the neurocognitive architecture. The hierarchical view, however, can be convincingly criticized by looking at some recent psychological investigations of emotions and thinking. Finally, we draw on some recent defenses of dual process theories of cognition to take advantage of a new non-hierarchical view of the mind-body, where the traditional ‘vertical’ distinction between automaticity and intelligence is superseded by a new ‘horizontal’ distinction between a set of intuitive, unconsciously operating systems, on the one hand, and a reflective system whose operations are partly conscious, on the other. On this backdrop, we conclude by examining a neurocognitive model of moral cognition in which cognitive control and emotion are not competitive mechanisms, but integrated processes 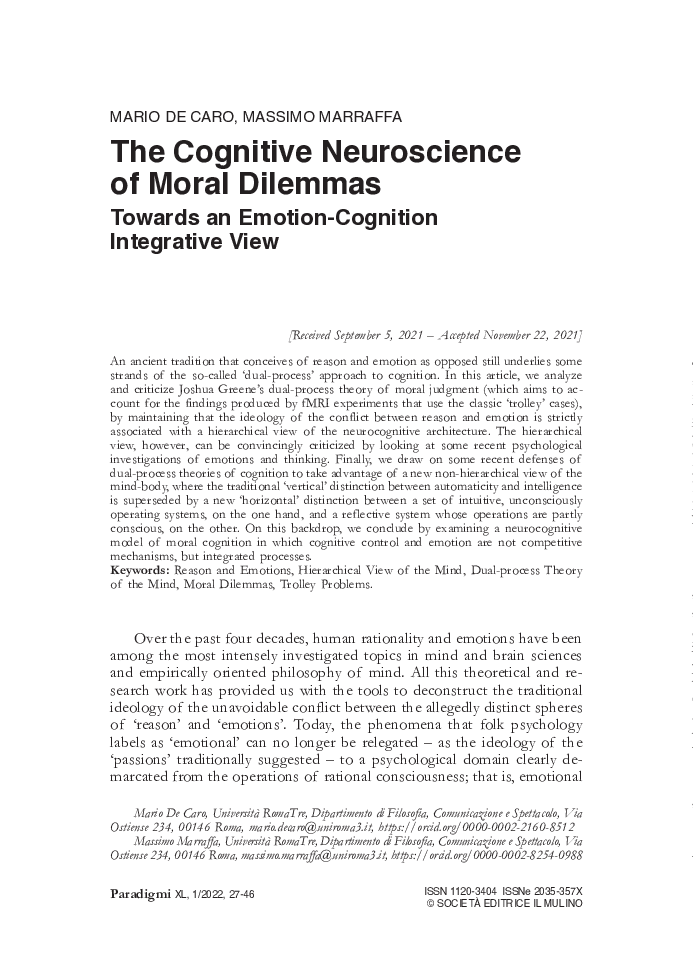