This essay examines Meinong’s encounter with the tradition of classical English empiricism, starting from the analysis concerning the issues of abstraction. In the Hume Studies I, Meinong outlines the theoretical path of the so-called ‘modern nominalism’, by considering first of all Locke’s conceptualism and his theory of abstract ideas, with which Meinong shows to have some points of contact. Berkeley’s critique of Lockean theory and the development of his doctrine of general ideas and the representative function carried out by ideas were then examined. The theoretical position of the ‘proper founder of modern nominalism’ (Hume) has been investigated both in relation to the principles with which he denies the possibility of abstraction, and to the reasons for the Meinongian refusal of the Humean name theory of general ideas. Finally, the difficulties that Hume encounters in dealing with the topic of the association of ideas, the relation of resemblance and ‘distinction of reason’ have been analyzed. 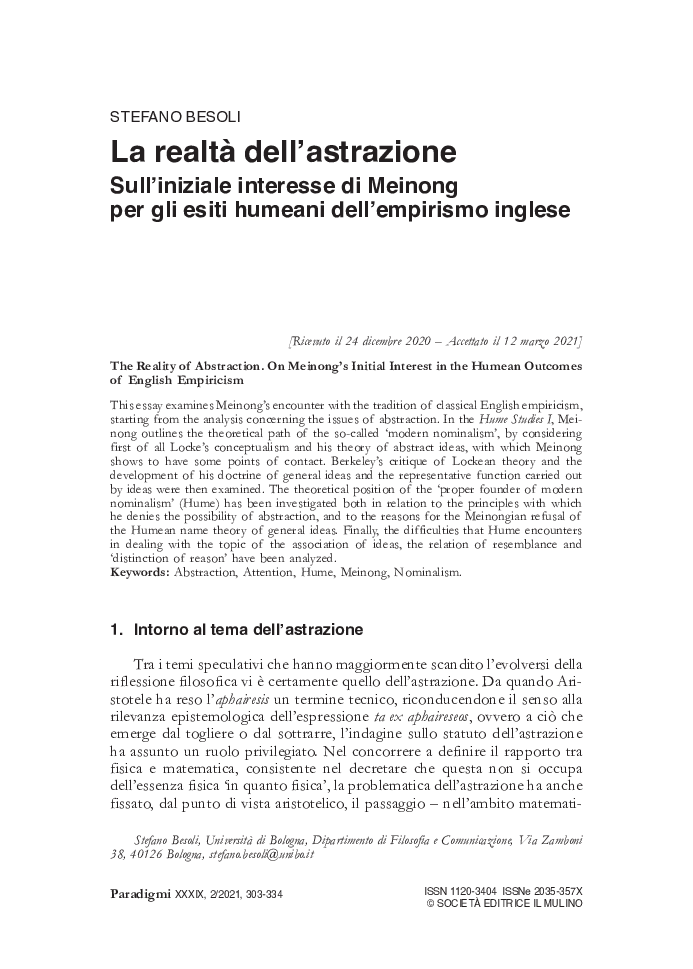