The genre “Video Artµ draws on a diverse range of art movements, theoretical ideas, and technological advances, but also on political and social activism, like for the case of “Guerrilla TVµ. Video Art has moved from short videotapes to video installations, embracing several artistic ideas of the last decades – from Conceptual, Minimal, Performance, Pop Art to photography and film. At the beginning, in a period of social, economic and cultural change like the 60’s, Video Art was formally and politically radical: artists who took up working with video in this period were highly influenced by movements and ideas from Fluxus and Body Art (cf. Westgeest, 2016). For these reasons, Video Art highlights the problems of the autonomy of art and the social meaning of art from different points of view, arising this radicality from experimental cinema of the first years of the 20 th century. Theodor W. Adorno, one of the most important theorists of the autonomy of art, offers us the theoretical-aesthetic tools to understand the fate of the concept of autonomy in relation to the evolution of video-culture, without ever talking about Video or Digital Art. Adorno’s position is deeply different from the theory of Expanded Cinema by Gene Youngblood, one of the most important study about this genre of art. 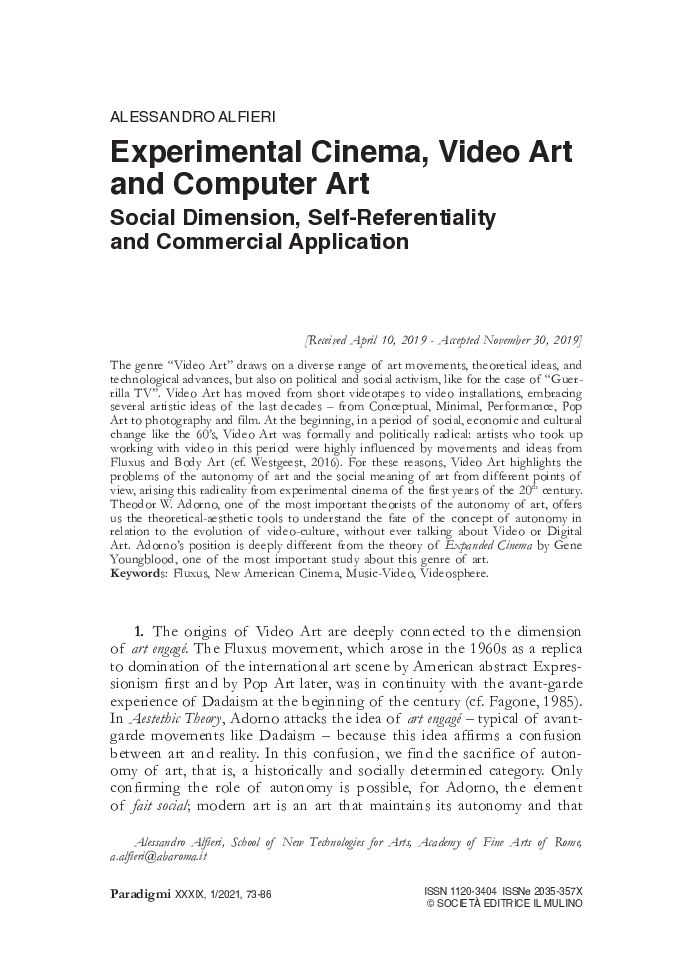