This paper examines Antonio Negri's accounts of empire and multitude as an impressive, though flawed, theory of globalization emphasising new forms of class struggle on a world scale. It then examines the sources of Negri's thinking in his intellectual and political experience in the Italian new left of the 1960s and 1970s, especially his emphasis on the way transformations of capitalist power are centrally reactions to changing forms of working-class challenge and the emergence of working-class autonomy. The originality of Negri's thinking in this period is emphasised, including his remarkable early theorization of neoliberalism. His thought in both periods, however, is limited in key ways: by its masculinism, by its Eurocentrism, and by the lack of a concrete sociology of capitalist society. For all these limitations, Negri's work remains an impressive contribution to progressive thought. 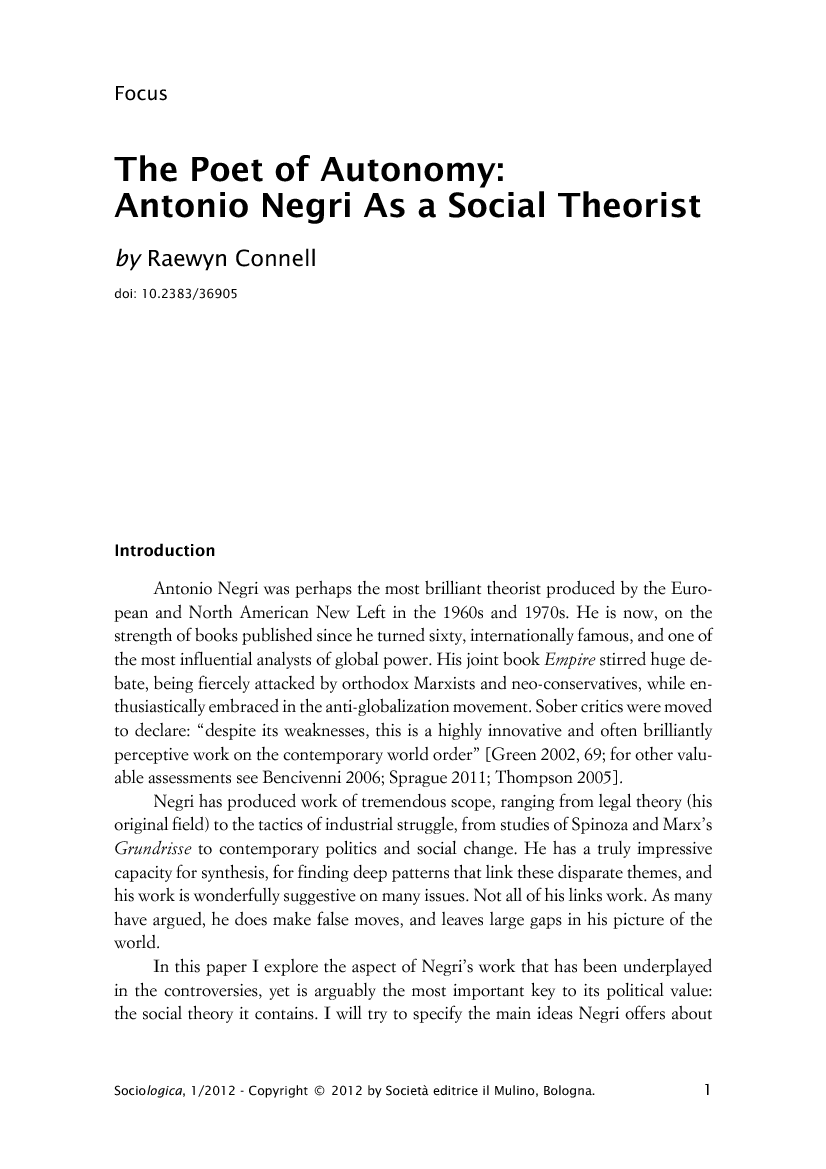