A Reply to Ascoli, Barbier, Beckfield, Bonoli and Palme The aftermath of the global financial crisis of 2008 certainly marks a "stress test" for European welfare states. Massive increases in fiscal deficits and public debt, required to pre-empt a more severe global meltdown, have since forced policymakers to consider deep cuts in welfare services, including health, education, and social transfers to the poor, the unemployed and pensioners, in order to shore up public finance solvency and economic stability. The crisis has affected different economies differently, as a result of their relative vulnerability to endogenous and external economic shocks and also because of the differing institutional capacities they were able to mobilise to address the economic duress. Policies with a social investment flavour (activation, childcare) have been somewhat more resilient in the face of fiscal austerity in the early days of financial crisis management. But will the social investment carry the day as demographic headwind will bring social contracts under further duress, especially in countries facing high unemployment and the most daunting budgetary pressures, where long-run population ageing and the feminization of the workforce have not been adequately dealt with before the crisis. In the current context of fiscal predicament, it is crucial not to overlook the growth potential of productive social policies. This contribution examines what is needed to rescue an affordable social investment impetus from the one-sided short term policy orientations triggered by the financial and fiscal crisis at both the level of the European Union and its member states. Questions of institutional design today encompasses two, tightly interconnected, dimensions. Any long term resolution to the crisis has to be both effective and legitimate at level of the EU as well as at the domestic level of the national politics. At the level of the EU, the task is to devise a stable macroeconomic regime for the euro-zone, which is able to better accommodate and discipline the diverse needs of different member economies. Domestically, institutional change requires recalibrating the welfare state by combining capacitating social policy supports with a fair distribution of life chances. The key challenge is to make long-term social investment and short-term fiscal consolidation mutually supportive at both the EU level and in the Member States. The critical challenge lies in redirecting the broad political support for the welfare state in most EU member countries toward designing a new model of welfare state that is able to equip European citizens and societies to face endogenous social change and growing global competition. 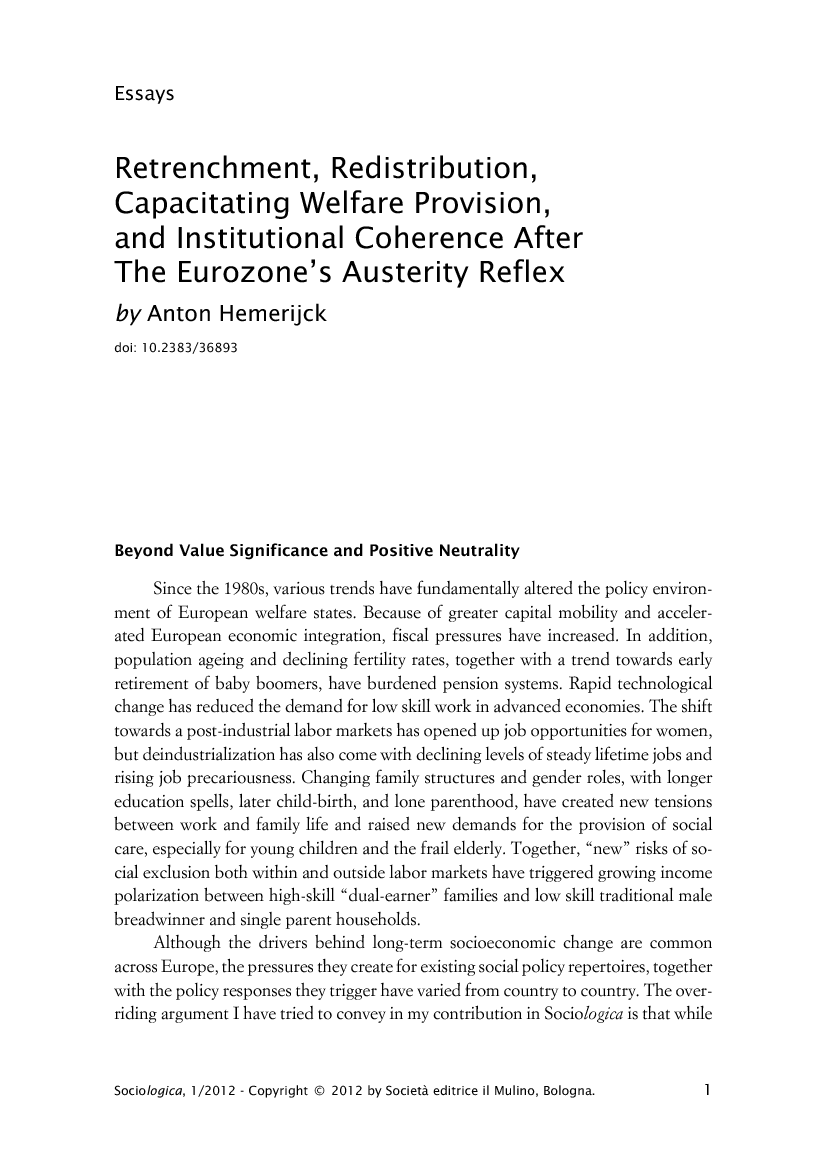