This article examines the central moments of the reception of Bourdieu's work in German-speaking sociology, focusing on West Germany, where it was subject to the most important appropriations. The reciprocal definition of French and German intellectual fields and the intervention of Pierre Bourdieu himself in this context make the reception of his work on the east side of the Rhine a particularly interesting case. The article examines subsequent aspects of the appropriation, detailing translations, book reviews and articles on 'Bourdieu.' The first section deals with the introduction of 'Bourdieu' at the end of the 1960s that lead to its double labeling: Bourdieu's work was appropriated on the one hand by culture critics as part of the imagined tradition of 'structuralism,' and on the other by researchers at the margins of academia to affirm social criticism - both aiming to combat the prevailing Critical Theory. The second section addresses the re-adaptation of 'Bourdieu' in the new intellectual cosmos from the 1980s on, which contrasted it strongly with discredited orthodox Marxism. The double-labeled French author became a privileged symbol of research based social criticism on the one hand and an author of 'culture theory' on the other. It is the later use, holding French intellectuality in esteem but disqualifying the ambition of the sociological analysis, that consecrated 'Bourdieu'; this was therefore very formative for the conditions of possibility of the further use of Bourdieu's work in the German-speaking world. From the beginning of the 1990s on, treated in the third section, it is the social-critical 'Bourdieu' that prevails increasingly, especially from the moment when Pierre Bourdieu intervened in the public debate in Germany. Bourdieu's death put an end to this phase and opened the space again for appropriations of 'Bourdieu', above all by academics practicing 'cultural theory.' 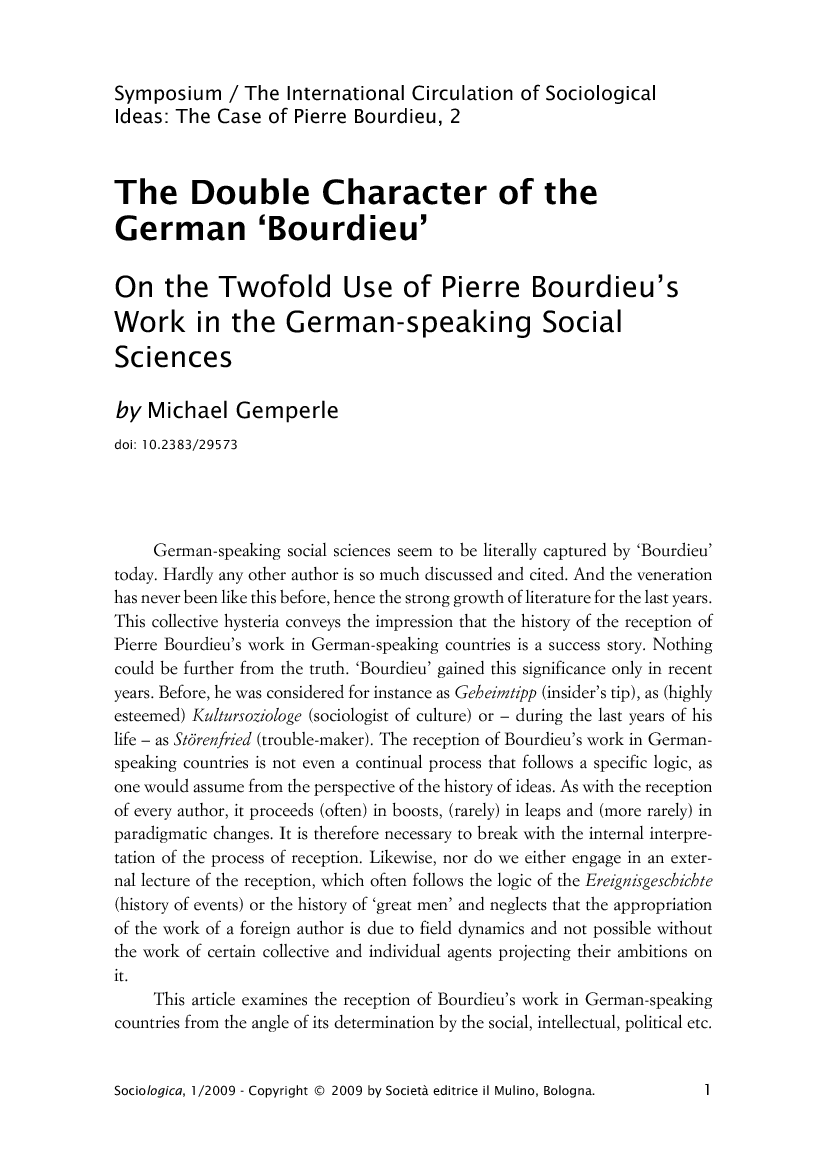