The importance of Bourdieu's work would seem to be self-evident to most sociologists in Israel, where it appears to have achieved a solid place in the theoretical canon. However, an examination of citations of his work in Israeli journals, and interviews with key scholars who have actively engaged his work, reveal a pattern of reception that is less straightforward than may seem at first sight. Bourdieu's thinking was not absorbed as the grand, unified and synthetic theory it purports to be. Neither did his writings become the basis for the emergence of a distinct school in the context of Israeli sociology. Rather, this article traces a trajectory that led to increasing and diffuse canonization but also conceptually fragmented, largely de-politicized and often ambivalent reception. It also underscores major characteristics of this trajectory, such as the participation of brokers outside the field of sociology, an initial phase marked by the dominance of scholars based in then new and fledgling Tel Aviv University, and widespread diffusion and institutionalization in subsequent phases. Finally, we suggest that the very success of Bourdieu's ideas in permeating institutional and intellectual boundaries contributed to the selective and fragmented nature of their reception. 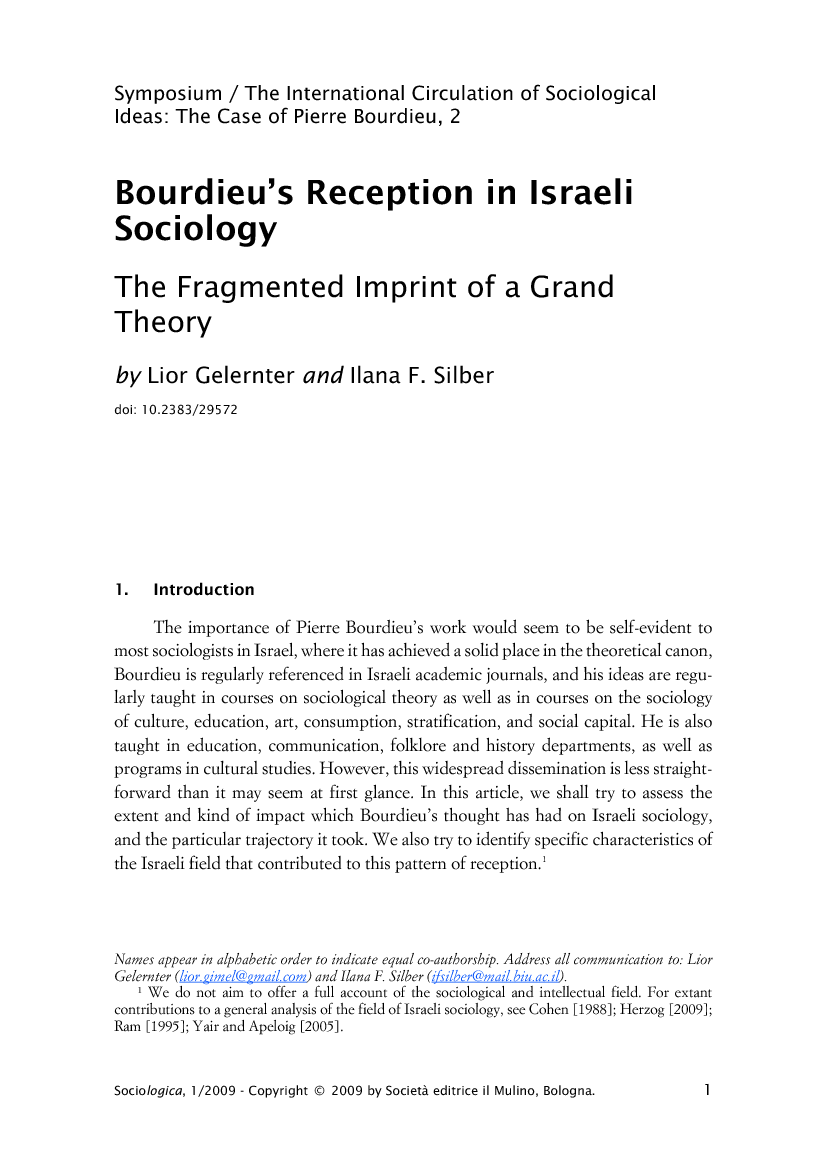