It is a widespread belief, today as much as in the day of archaic Greek poetry, that those who are in love are not free, but rather slaves, prisoners of the desire to become conjoined with their beloved. This is the love of Aphrodite, sexual desire; authentic erotic desire is instead the love of Eros, understood as a psychic tension, a relationship between two lovers who remain free. This is the kind of love described by Plato in the Symposium through Diotima’s speech, delivered by Socrates, which explains why he refused to unite with Alcibiades. True love means freedom, self-sufficiency and independence as part of couple. But how is it possible to be self-sufficient and independent? By knowing oneself, taking care of one’s soul, taking the time to look within, detaching oneself from the goods and obligations of the world around us. The re-appropriation of time, its subversion, its suspension, is the key to everything. It is the suspension which Plato invites us to perform in Phaedrus, when – in a description that finds no parallels in the dialogues – he shows Socrates leaving the city, and stopping to rest under a tree. This rest is not sleep intended to restore the body from daily toils and to prepare it for other labors, but a time to engage in dialogue, to heal the soul. The suspension of time is the sap of authentic erotic desire: it is the time which Odysseus and Penelope take for themselves, in an exemplary way, when they meet again after spending twenty years apart. 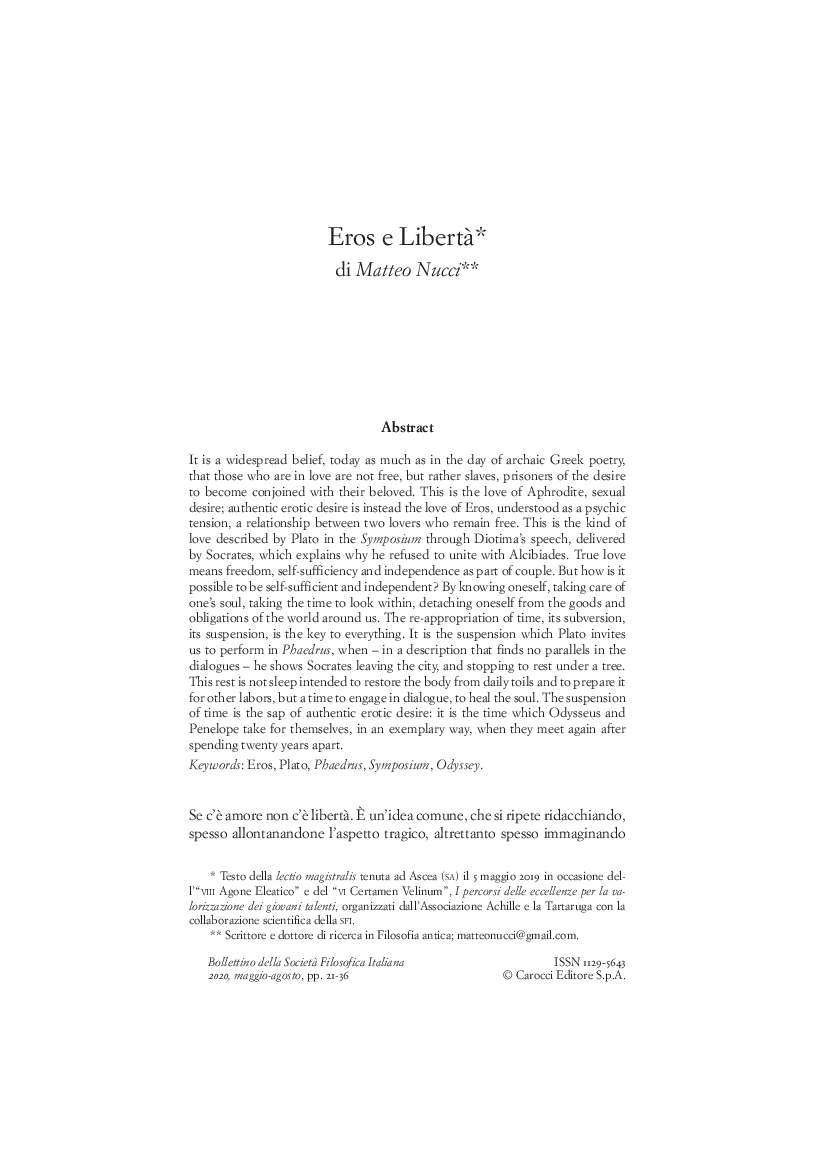