In his Cours de psychologie, held at the École Normale Supérieure of Paris in 1865- 66, Jules Lachelier devotes a lesson to the problem of dreams and madness. The choice to include this topic in a psychology course might seem surprising. Although the problem of dreams had already fascinated several French philosophers of the first half of the nineteenth century (e.g. Maine de Biran, Théodore Jouffroy, Albert Lemoine), it was quite unusual, at the time, to feature such an analysis in a university course. This becomes quite clear by looking at the French syllabus, which was defined by Victor Cousin in the 1840s and followed by the majority of professors and philosophers. The aim of this paper is thus to investigate why Lachelier decided to address the problem of dreams and madness in his course, and to show the theoretical reasons underlying this study. Indeed, the main question addressed by Lachelier’s inquiry is: does a purely sensitive life exist? And what relations does it entertain with the personality of individuals? 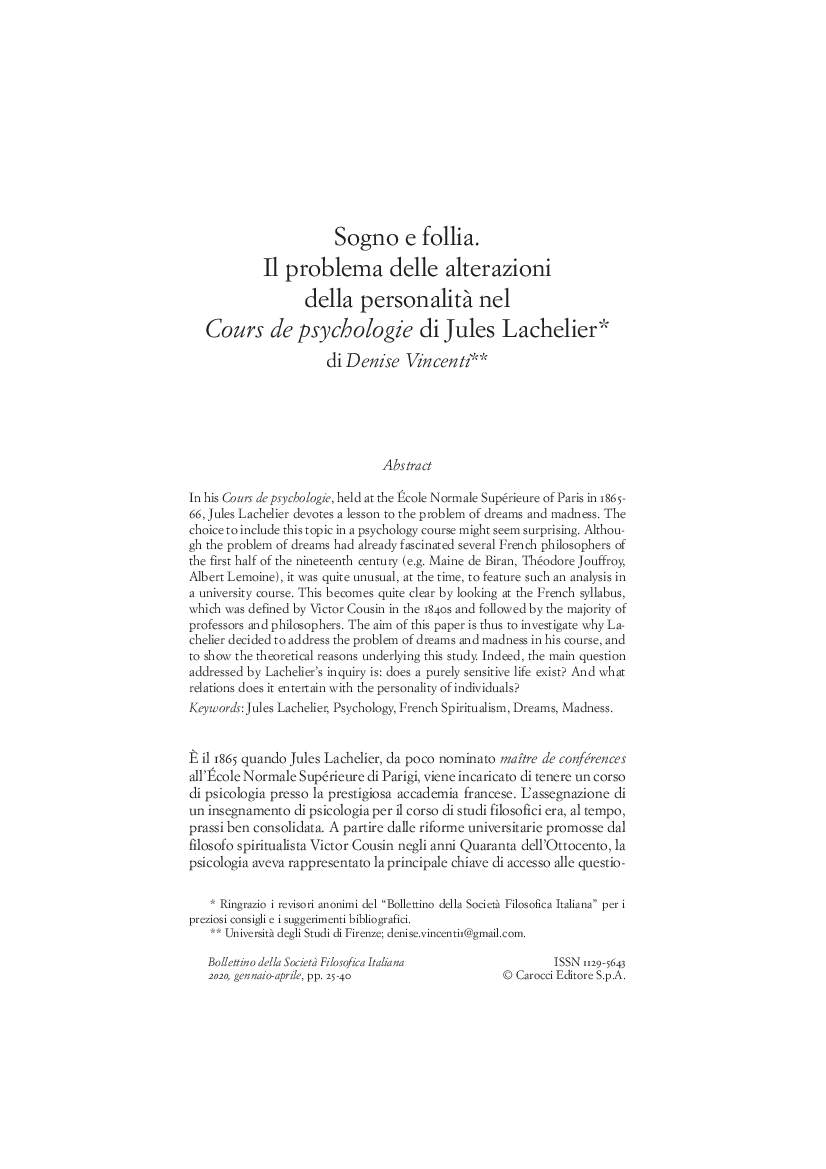