Why do so many of Nietzsche’s biographers refer to the attic situated in Salita delle Battistine in Genoa, one of the landmarks where he lived from 1881, resorting to descriptions taken from his letters from the previous year? By tracing the origin and developments of an error deriving from a fabrication by Elisabeth Nietzsche, the philosopher’s sister, this article demonstrates how an unreliable source, by becoming widespread, can reinforce a misinterpretation for decades. Furthermore, this work provides documentary evidence of the attic and the location that Nietzsche was actually referring to in his letters written in 1880 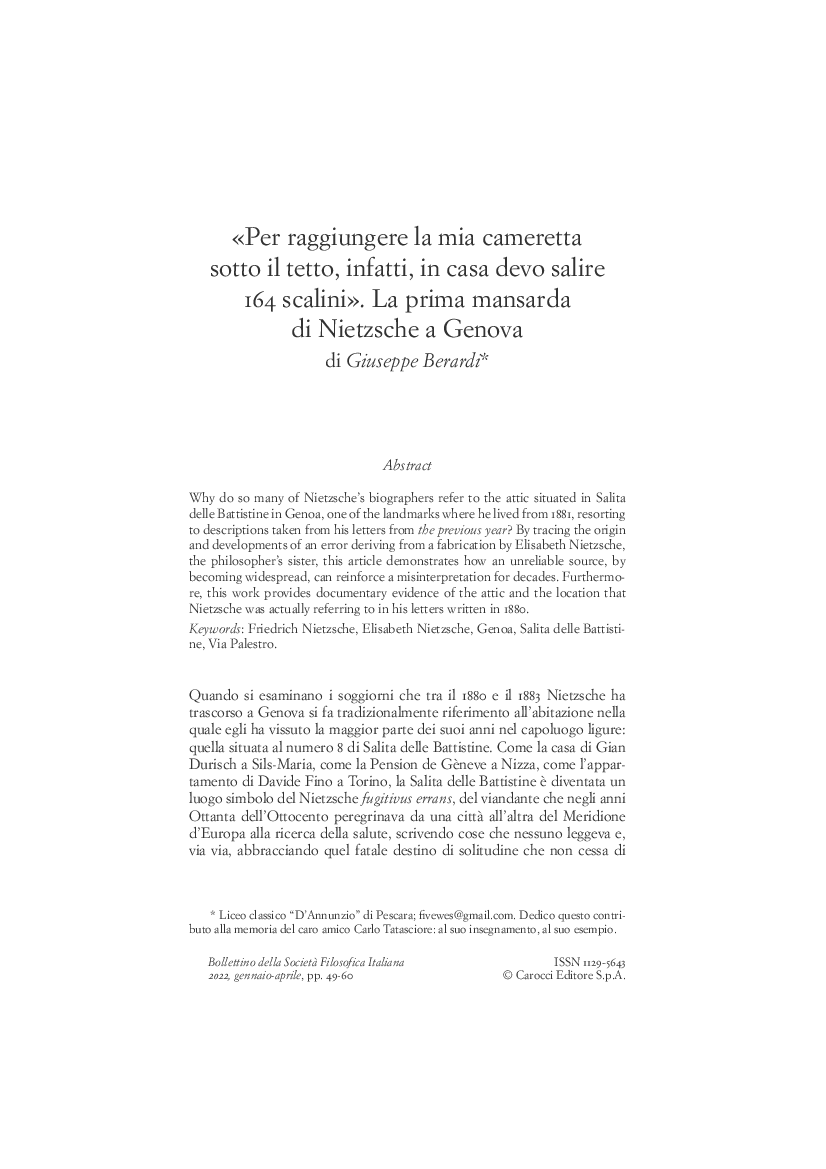