Starting from the reflection of Barbara Le Maître in "Zombie. Une fable anthropologique", the essay examines the hypothesis that the visual theme of the vampire, as it is outlined in the Italian Gothic horror, belongs to the tradition of Anatomical Theatre. In particular, they can be connected to wax Anatomical Venuses, which were produced mainly in Italy from the XVII century. The paper analyses the iconography of the «sleeping beauty», the special effect of the decomposition/recomposition of the body, and the makeup of the double, to interpret, from Bataille's perspective, eroticism as a movement that opens the cutaneous envelope of the body and as an incessant, deadly projection. 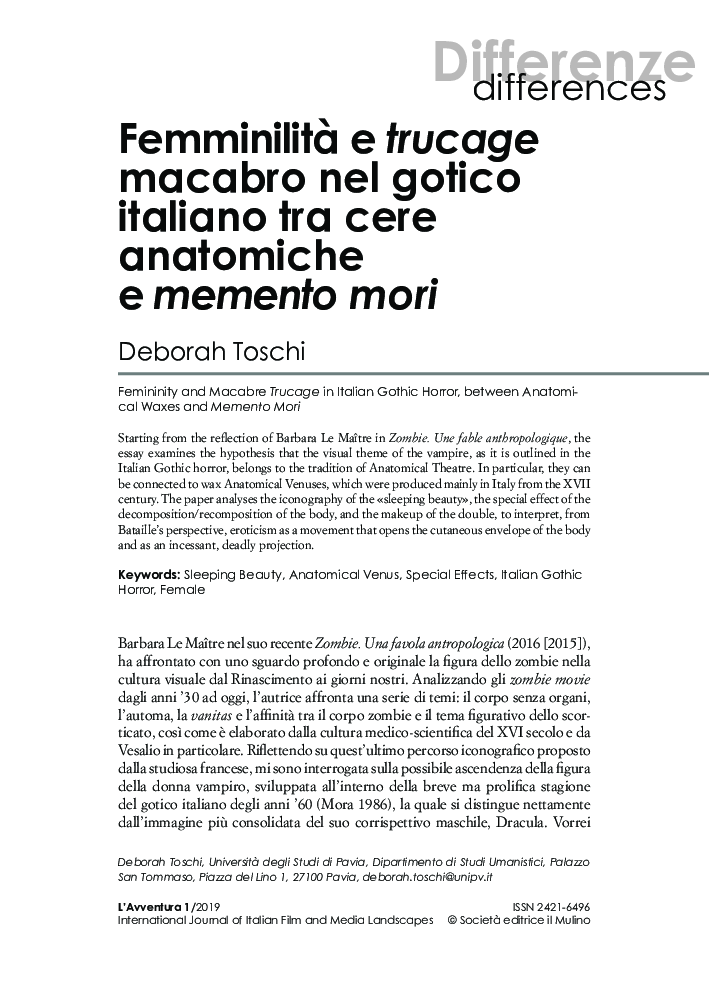