This essay aims to analyse Ugo Nespolo’s television production, which has been given very little attention by critics. The Italian pop artist is also an interpreter of the futurist spirit. Through his poetic, aimed at «bringing art to life», he has sought to enter the media system by measuring himself with specific techniques, materials and languages. This has led to the creation of works of graphic and industrial design, underground films and television products. In the 1980s, he created videos and commercials for Rai TV and for companies such as Campari and, more recently, the Rai cartoon YoYo (2017) inspired by his artwork 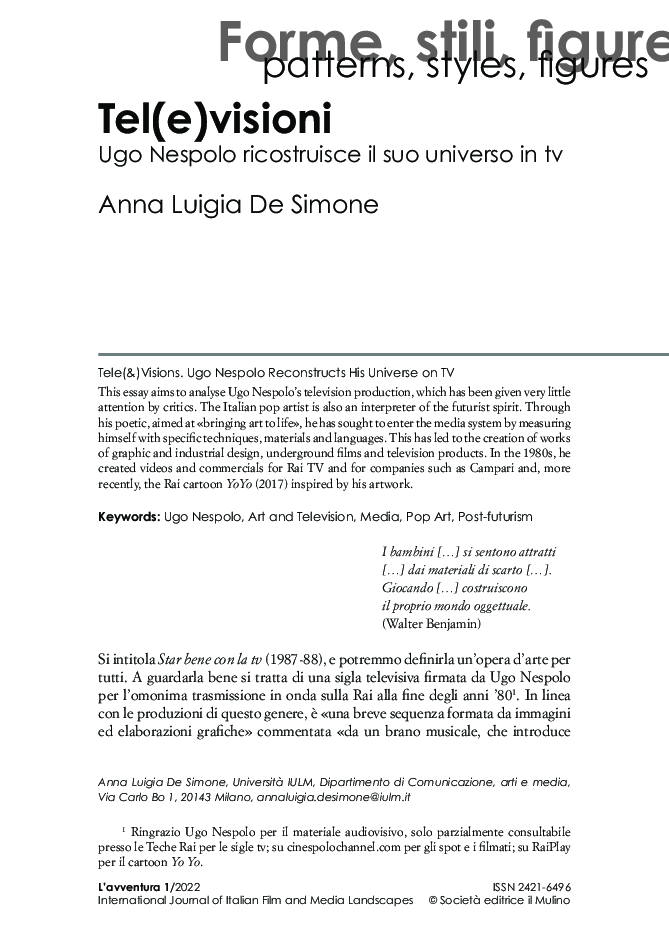