The perestroika years in the Soviet Union were a period of religious awakening. In Ukraine, this phenomenon assumed particular characteristics: after decades of clandestinity, the Greek-Catholic Church re-emerged (in the historical regions of Galicia and Transcarpathia), and the Ukrainian autocephalous Orthodox Church, which was suppressed in the 1930s yet survived in the diaspora, was also reconstituted. From the proclamation of independence in 1991, the construction of a national Church became one of the priorities of the Ukrainian leadership, which attempted to exploit the Orthodox factor as one of the elements of the nation-building process. This project did not take into account either the complexity of the relationship between nation and religion, or the coexistence of different national discourses, of which the ecclesiastical hierarchies of the different denominations themselves were bearers. 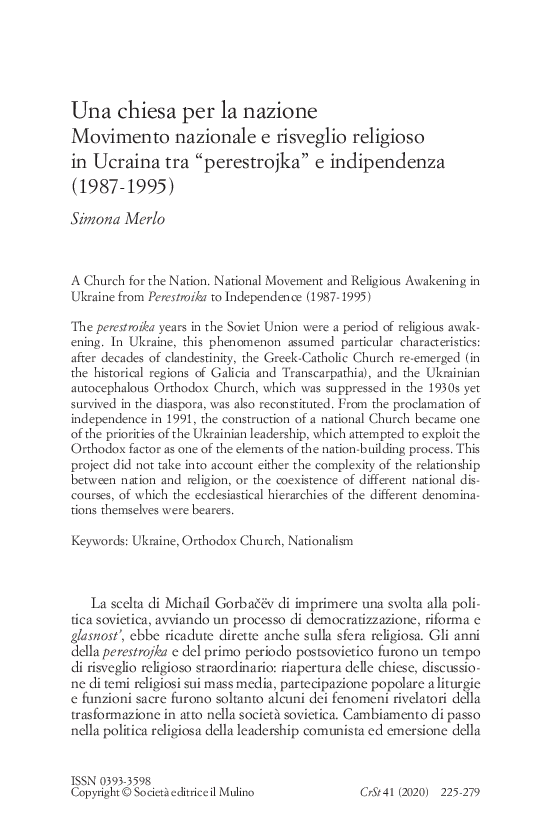