The relations between pagans and Christians in Late Antiquity have been the subject of many scholarly works in recent decades. One of these is the precious contribution offered by "Pagans and Christians in Late Antique Rome: Conflict, Competition and Coexistence in the Fourth Century", edited by Michele Renee Salzman, Marianne Sághy and Rita Lizzi Testa, New York 2015. This volume, containing the proceedings of a conference held in 2012 at the Hungarian Academy in Rome, presents a new perspective on pagan-Christian conflict and offers novel insights into late ancient Rome, changing the ways in which modern scholars see how Christianity transformed faith, society and culture. This article presents a discussion of its 18 chapters, which incorporate a wide range of evidence, comprising archeological material, literature, mortuary evidence and religious iconography. Coexistence together with conflict, in a competitive spirit, is the key to understanding the changes that pagans and Christians effected from the age of Constantine to the end of the fourth century and into the fifth century. 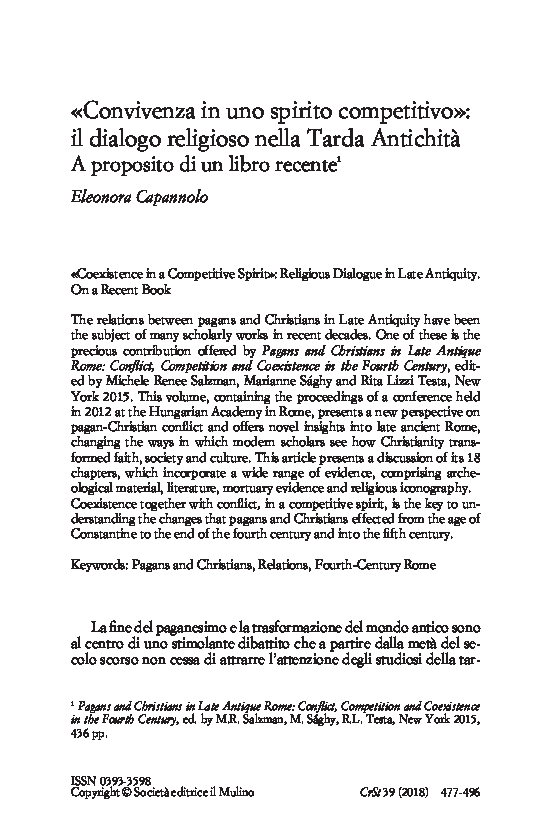