The following pages offer an exhaustive bibliography of the Italian historian Giovanni Miccoli, who died last year on 28th March. Born in Trieste in 1933, as a young man, Miccoli studied in the prestigious Scuola Normale Superiore in Pisa under the guidance of such philologists and medievalists as Bertolini, Campana and Frugoni. He continued his development as an historian with D. Cantimori and G. Vinay until he gained the chair of Medieval History (1967), which was later changed into Church History. During the following 50 years, G.M. became one of the most important European scholars of Religious History, paying particular attention to themes such as Gregorian reform, Franciscan studies, Catholic anti-Semitism and the contemporary papacy. The Bibliography, containing over 400 titles, includes works concerning both religious historiography and public debate on political and cultural issues of the period, although by far the greatest amount of space is dedicated to reserved to historical contributions and methodological considerations. 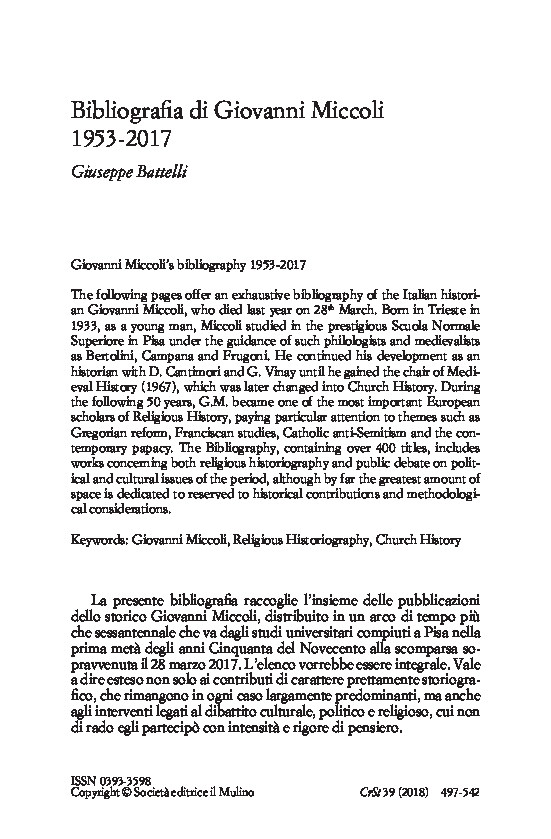